The ‘great hoax’ that Trump is for the little guy will come crashing down in 2020 — in the key states he needs: biographer 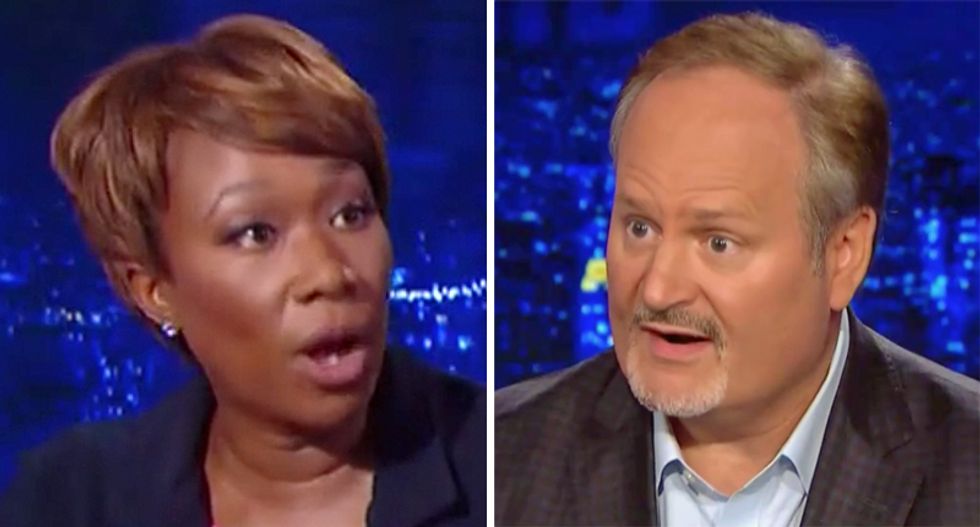 President Donald Trump's campaign portrayal as a friend of the little guy will collide with the impact of his economic policies during his 2020 re-election campaign, a biographer predicted on Friday.

Tim O'Brien, the executive editor of Bloomberg Opinion who authored the 2005 book TrumpNation: The Art of Being the Donald was interviewed on MSNBC's "The Last Word" with guest host Joy Reid.

"Tim, we were talking about this at the break, nothing helped Donald Trump become president probably more than the “Apprentice.” This perception by ordinary people that he’s a good businessman, so he’ll be able to manage the economy," Reid noted. "Even people now being hurt by his tariffs and going under are going under believing, 'Well, I think he’s going to know what to do and he’ll do the right thing.'"

"I think one of the great hoaxes he perpetrated during the 2016 campaign was that he was a friend of the little guy and that he was an adept businessman who was going to shake up Washington and make sure Washington worked on behalf of the forgotten American," O'Brien explained.

"And the reality is Donald Trump doesn’t care at all about average Americans," he noted.

O'Brien argued we are now seeing this "where the rubber meets the road" on tax policy and on tariffs.

"He orchestrated a drastic overhaul of the tax code that benefited people like Donald Trump, people in real estate, get pass-through income, created a much lower rate than other Americans and average working Americans can’t take advantage of that tax code," he explained.

"On the tariff policy, he’s putting that bonkers Twitter, tweetstorm he went on today in which he laid out a bunch of theories how tariffs work that no economist, CEO, or retailer would agree with," he continued. "The net takeaway from everything on his tariff policies, that’s going to increase prices for average American consumers."

I don’t know if it has dawned on him it’s going to happen in states like Pennsylvania, Wisconsin, and Michigan, swing states he’s going to need in 2020 to win. It’s voters in those states who are going to get hurt by it," O'Brien concluded.