The only foreign policy Trump cares about is what riles up right-wing Republicans: Top Obama aide 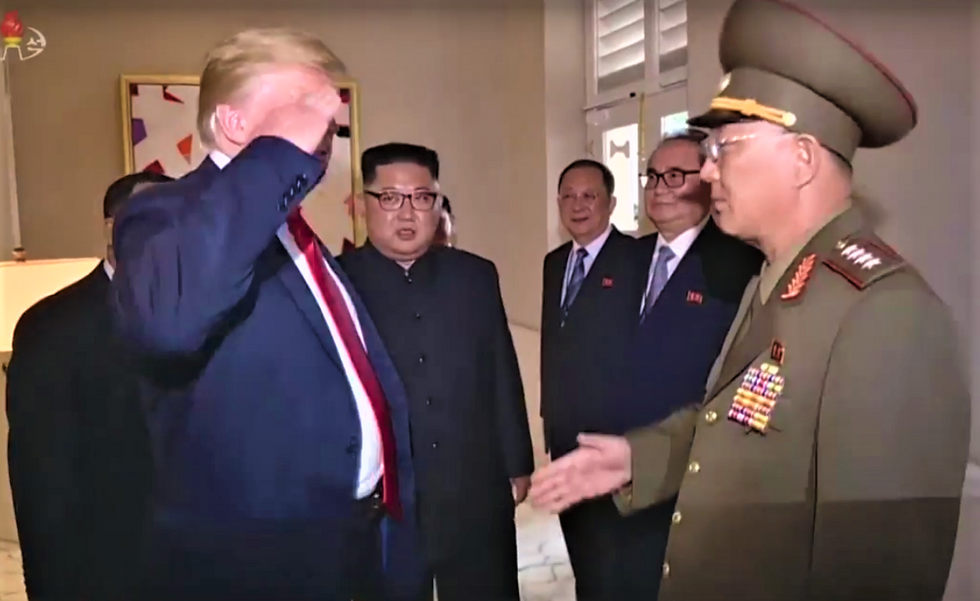 Top aide to former President Barack Obama, Susan Rice, penned an op-ed in the New York Times alleging the incumbent couldn't possibly care less about the respectability of the United States on the international stage.

President Donald Trump isn't one to discuss foreign policy other than to talk about his U.S.-Mexico border wall and other empty promises about policies he can't seem to deliver.

"Mr. Trump’s approach appears impulsive, improvisational and inchoate — devoid of clear purpose, values or even ideology," Rice wrote Sunday. "Yet, upon closer examination, there is indeed a consistent logic staring us in the face. The unifying theme of Mr. Trump’s foreign policy is simply to service his domestic politics."

She noted Trump frequently not only welcomes but encourages Russia to involve themselves in the United States elections.

"The president follows a basic if unorthodox, playbook: He and his party over our country," she said.

The best example has been the president's recent discussions about Latin America. Whether a return to Cold War-style language about Cuba or courting Venezuelan voters by attacking dictator Nicolas Maduro, Trump's only Latin American policy seems couched in conflicts.

"But, because Mr. Trump’s Cuba announcement will alienate the United States from the very coalition of allied countries that we need to stay united on Venezuela, his real goal appears to be something else: stoking his base," Rice said.

That's why she thinks Trump promotes false threats of so-called "socialism" that are somehow "infecting" the U.S.

"Similarly, he periodically threatens military intervention in Venezuela, which is music to the ears of many exiles in South Florida," she noted. "Despite what Mr. Trump says, there is no practical military option for deposing Mr. Maduro. Bombing Caracas would kill countless innocents, and a ground invasion would meet determined resistance from the Venezuelan military."

Sadly, Trump has no interest in actually helping Venezuelans with aid or any other solutions. When it comes to helping the refugees fleeing Venezuela, Trump still maintains they're evil and have no business entering the U.S.

"Mr. Trump can hardly grant Venezuelans temporary status after he has methodically tried to strip so many other groups of the same protections," Rice explained.

"Playing to these same die-hard supporters is also the only explanation for the president’s most ill-conceived, counterproductive policy toward the Western Hemisphere," she continued. "Against the counsel of his own advisers and many Republicans in Congress, Mr. Trump recently announced that he is ending all assistance to Guatemala, Honduras, and El Salvador — the three Northern Triangle countries sending the majority of migrants to the American border — ostensibly to punish them for failing to stop the outflow."

The problem is that vast numbers of families are fleeing these areas. Without U.S. help, these countries will only get worse, sending more and more refugees seeking guidance on the border.

"Plenty of presidents before Mr. Trump have made serious, sometimes catastrophic foreign policy mistakes; but, few, if any, decided almost every aspect of foreign policy on the basis of what would help him get re-elected. Our previous commanders-in-chief conducted policy to advance their vision of the national interest," Rice closed. And until recently, we had two parties in Congress that mostly put country first."

Republicans are mainly abdicating their oath of office, Rice explained. They're favoring "the whims of a president guided solely by personal and political interests, even in executing the most sacred and solemn duty of the office — to keep America safe."

Read the full op-ed at The Times.