'The Who’ singer goes off on pot smokers during NYC concert 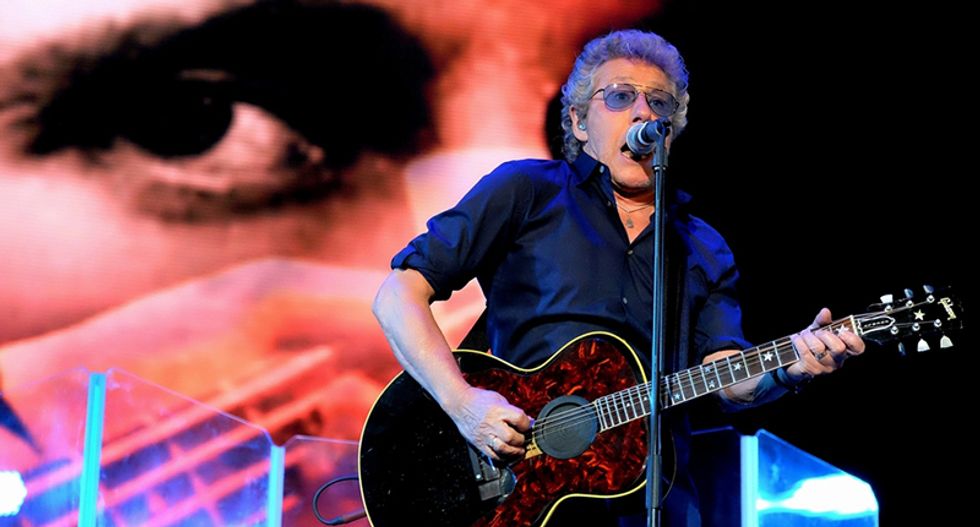 Isle of Wight Festival - June 8 2016: Roger Daltrey, lead singer and guitarist of The Who, performing on the main stage at I.o.W Festival, Newport, Isle of Wight, June 8, 2016 in Isle of Wight, UK - Image (Photo By DFP Photographic/Shutterstock)

It was meant to be serious, but when Roger Daltrey sang about "People try to put us d-down (talkin' 'bout my generation)" he clearly wasn't talking about the fans at New York's Madison Square Garden.

In fact, Daltrey once proclaimed the lyric, "Hey you smoking mother nature / This is a bust." Clearly, he wasn't joking. During a Who concert, Daltrey went off about those darn kids smoking marijuana, UCR reported.

“All the ones smoking grass down in the front there, I’m totally allergic to it,” Daltrey shouted to the crowd according to a fan video uploaded to YouTube. “I’m not kidding, whoever it is down there, you fucked my night and you made me really...I’m allergic to that sh*t and my voice just goes [makes noise with voice] It sucks up. So f*ck you!”

He refrained from saying, "We're not gonna take it," however.

This isn't the first time Daltrey has unleashed on fans, four years ago he threatened he'd walk off of the stage if people kept smoking marijuana.

"The smoke’s impact was almost immediate on his voice, which went from crystal clear and potent for the opening ‘I Can’t Explain’ to something rougher and more limited during ‘I Can See for Miles,'” wrote UCR in 2015.

You can watch the fan video below: