There are telltale signs that Trump is leading a cult – and marching his followers toward oblivion: columnist 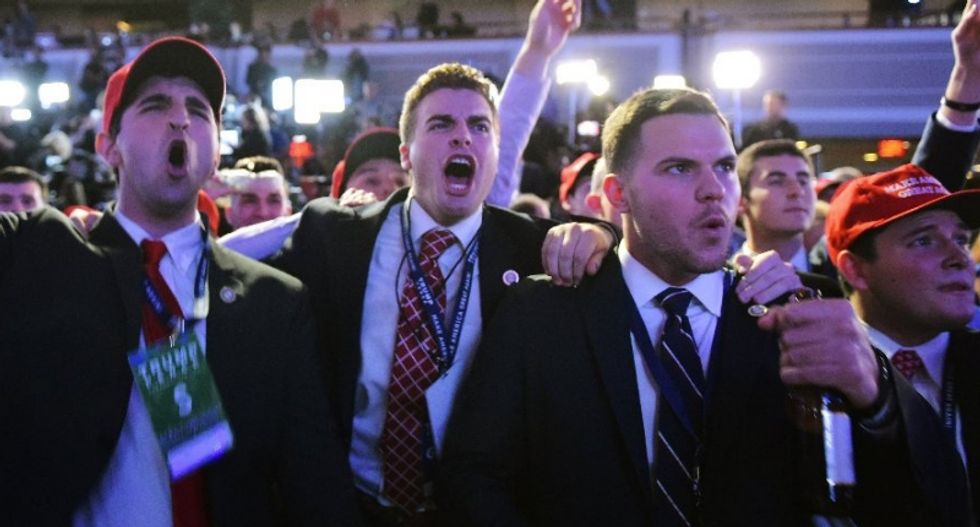 On Friday, author Douglas Rushkoff wrote in a post on Medium that President Donald Trump has mastered the art of creating a cult-like following among his base.

Rushkoff explained that it is hard to grasp how Trump still has supporters after multiple scandals and outlandish lies but noted that his base is not like normal political supporters.

"But if the Trumpists’ commitment seems surprising in the wake of ever-mounting scandals, that’s because mainstream journalists still haven’t grasped the Trump phenomenon for what it is: a cult." he wrote.

"But Trump’s particularly loyal core constituency — his ability to joke that he could shoot someone on Fifth Avenue and not lose the support of his base, or to convince surrogates to endorse an ever-changing assortment of conflicting facts — suggests a more intense, cultish loyalty than we have seen before," Rushkoff added.

He then went on to explain that there are telltale signs that Trump is leading a cult and compared him to cult leaders in the past.

"Cult leaders often demand testimonials or statements of loyalty from members, delivered in front of their peers or, better, family members who are not yet initiated. Trump’s followers are routinely asked to support increasingly difficult claims — or what members of mainstream consensus reality would call lies," he explained.

"The parallels to the cult of Trump are obvious. For instance, anyone who has sat through the parade of testimonials at a cult dinner shouldn’t have been surprised to see Trump’s newly formed cabinet to compete to demonstrate their gratitude for being in his administration. This was the equivalent of his cult’s inner circle," he said.

"Ultimately, we can all agree on one thing: At least one half of us are in a cult, being told a pack of lies and marching toward oblivion," Rushkoff concluded.