Tomi Lahren attacked by conservatives for criticizing Alabama anti-abortion law: You want 'to kill your babies' 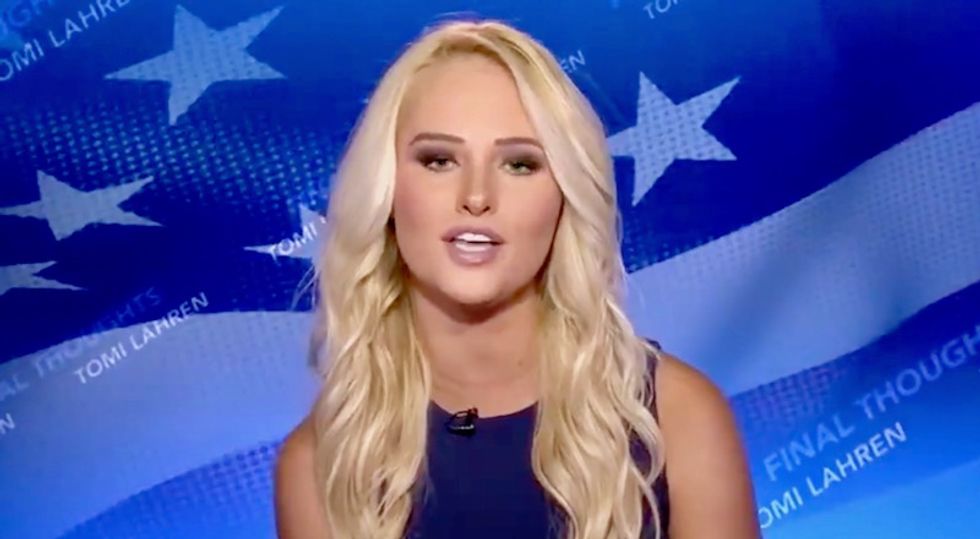 Right-wing Fox News commentator Tomi Lahren is a staunch supporter of President Donald Trump, but she has long been known for being a moderate on the issue of abortion. She was fired from Glenn Beck's The Blaze in 2017 after she said, "I'm pro-choice and here's why: I'm for limited government, so stay out of my guns, and you can stay out of my body as well."

So after Alabama passed a near-total ban on abortion, Lahren's break with the GOP on the issue was a familiar refrain:

I will be attacked by fellow conservatives for saying this but so be it, this Alabama abortion ban is too restricti… https://t.co/1EZgFN4ZX3
— Tomi Lahren (@Tomi Lahren)1558032102.0

Predictably, many conservatives did just that, and fiercely criticized her position:

@TomiLahren If the law was left the way it was, murder and infanticide would be legal. It forces women to think be… https://t.co/v8dfovkjTM
— ConcealedCarry (@ConcealedCarry)1558032564.0

@TomiLahren You know, I like it. Alabama is now the rebellion against NY. Conservatives had to take the exact oppos… https://t.co/7AN72xkA0u
— Catherine Lea (@Catherine Lea)1558033096.0

@TomiLahren Abortion kills a child, a living breathing human being. There is no question where God stands on this.… https://t.co/GH4lHeTOh3
— Gerry Moore (@Gerry Moore)1558039637.0

@TomiLahren what is it with you women and wanting to kill your babies..if u can't have an abortion you'll kill it s… https://t.co/DDUMIGqcfI
— Christine Nava (@Christine Nava)1558041842.0

While Lahren did receive criticism, many, many more people posted to express their agreement with her — including many self-professed fellow conservatives: