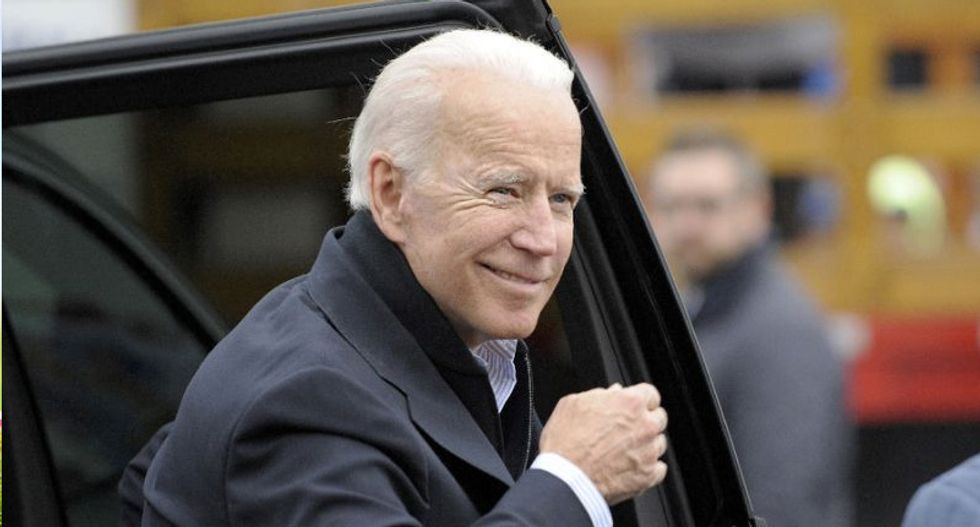 US President Donald Trump branded his chief Democratic rival "SleepyCreepy" Joe Biden on Friday, framing the 2020 nominations race as a battle between the former vice president and "Crazy Bernie" Sanders.

The Republican president took to his favorite public platform, Twitter, to announce the stinging new epithet for Biden, who enjoys a strong lead in Democratic polls, and reprise his favorite sobriquet for Sanders, the liberal US senator who for months has been number two in the running.

"Looks to me like it's going to be SleepyCreepy Joe over Crazy Bernie," Trump tweeted.

"Everyone else is fading fast!" he added, referring to the crowded field of 21 candidates, including seven US senators, four current and former congressmen and two governors.

Biden and Sanders are ruling the race, although it is still nine months before the first votes are cast in the state-by-state nominations process.

Biden is grappling with his reputation as an especially tactile politician.

He has been criticized recently for invading personal space or otherwise making women feel uncomfortable over the years, but he insisted he never intentionally engaged in inappropriate behavior.

Trump, who has been accused of sexual misconduct at least 20 women since the 1980s and denies any wrongdoing, said two weeks ago he would refrain from directly attacking Biden by using the handle "that rhymes with" sleepy.

"I've known him for a while and he's a pretty sleepy guy," Trump told Fox News, adding that Biden is "not going to be able to deal with President Xi" Jinping of China, who he described as smart and energetic.