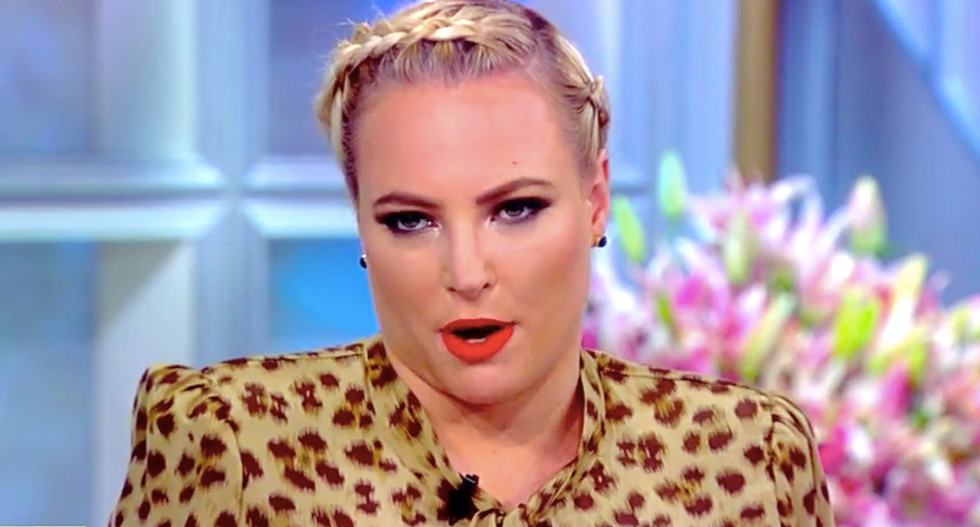 It appears that they were worried Trump would react negatively to seeing the ship named after the late Sen. John McCain (R-AZ). Trump famously detested McCain and even resisted lowering the flags in his honor after he died of brain cancer last year.

“USS John McCain needs to be out of sight,” one official reportedly wrote in an email in preparation for the trip.

Acting Defense Secretary Pat Shanahan was aware of the concern about the presence of the USS John McCain in Japan and approved measures to ensure it didn’t interfere with the president’s visit, a U.S. official said.

There were discussions within the U.S. military over the past week about how to handle the warship, another U.S. official said. The ship is being repaired after a 2017 collision, and any ship undergoing such repair or maintenance would be difficult to move, officials said. A tarp was hung over the ship’s name ahead of the president’s trip, according to photos reviewed by the Journal, and sailors were directed to remove any coverings from the ship that bore its name. After the tarp was taken down, a barge was moved closer to the ship, obscuring its name. Sailors on the ship, who typically wear caps bearing its name, were given the day off during Mr. Trump’s visit, people familiar with the matter said.

Trump ended up delivering Memorial Day remarks on the USS Wasp, beside the USS McCain.

The White House did not provide an explanation for the requests. But it's really not hard to imagine why officials in the White House would have wanted to conceal the name of the ship from Trump. McCain's name is an obvious emotional trigger for the president, and he might not have been able to resist taking a shot at the late veteran lawmaker — even on Memorial Day.

"Trump is a child who will always be deeply threatened by the greatness of my dads incredible life," said The View host Meghan McCain, the senator's daughter, in response to the story. "There is a lot of criticism of how much I speak about my dad, but nine months since he passed, Trump won't let him RIP. So I have to stand up for him. It makes my grief unbearable."