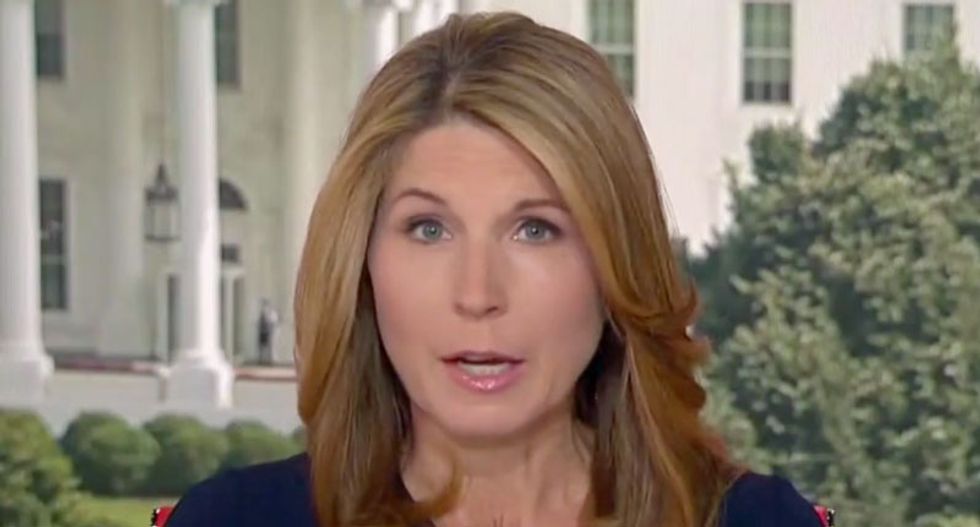 "You can take the dictator-loving president out of America, but you can’t take grievance-obsessed dictator-lover out of the American president," Wallace said at the top of Tuesday's "Deadline: White House."

"The trip went off-the-rails as so many scenes in this presidency do, with a single tweet," Wallace noted.

"Despite a days-long backlash in response to that ridiculous statement, including from fellow Republicans, the president went further in a press conference yesterday," she continued.

Wallace said reading dispatches from reporters on the trip was like reading stories from the satirical publication The Onion.

"Donald Trump didn’t just look ridiculous, he didn't just debase the office, he looked weak sucking up to a dictator and he looked like a loser by failing on those big foreign policy and economic objectives they set out for themselves," she concluded.