Trump is ‘a panicked president’ and ‘his behavior is deteriorating’: Impeachment leader Tom Steyer 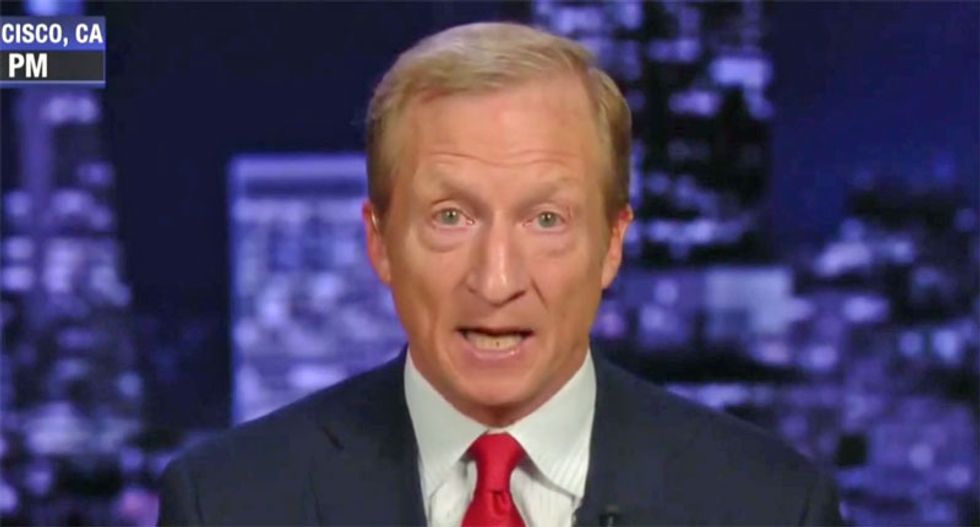 "He knows it’s not a good idea to be impeached. Well, the silver lining for him is, then he believes that he would be exonerated by the United States Senate," Pelosi said. "And there is a school of thought that says if the Senate acquits you, why bring up charges against him in the private sector when he’s no longer president. So when we go there with our case, it’s got to be ironclad."

"Do you think Donald Trump thinks that way?" Velshi asked. "Do you think that he’s fishing for impeachment because he feels safe in the Senate?"

"Absolutely the opposite, Ali," Steyer replied.

"I think this is a panicked president who understands that he’s guilty as sin and understands that everybody in Washington, D.C. believes he’s more than met the criteria for impeachment," he continued.

"In fact, part of the urgency about getting this process going and getting rid of him is the fact that he is panicked and you can see his behavior deteriorating and I expect it will deteriorate every single day between now and November of 2020," he warned.

"So in fact, when you see him acting against Mexico with tariffs, you can see a president who is out of control, who is panicked and who is going to be taking irrational decisions to try and move the conversation away from the fact that everybody knows he’s guilty," Steyer concluded.