Trump is 'giving Putin the green light' to interfere in the next election: Former FBI official 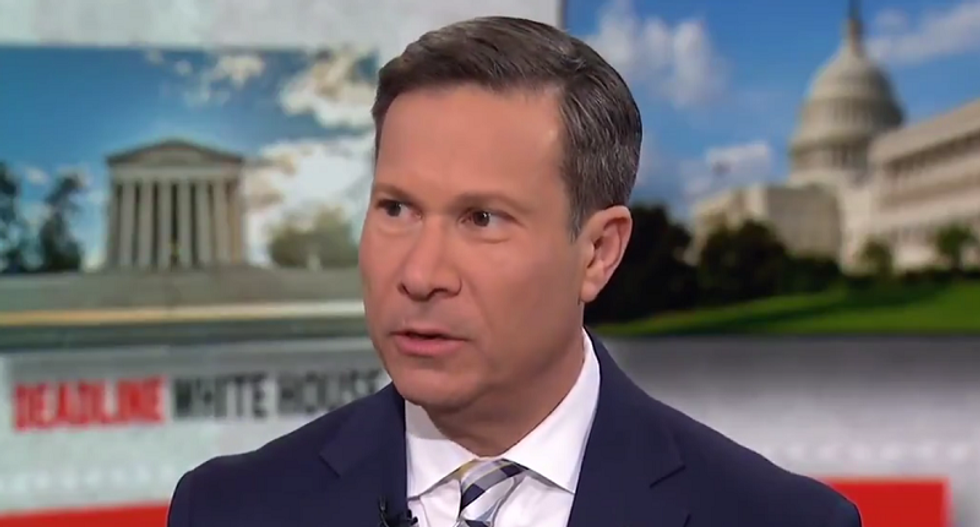 President Donald Trump and Russian President Vladimir Putin spoke for over an hour on Friday, discussing, among other topics, the conclusion of Special Counsel Robert Mueller's investigation. According to Trump himself, they discussed the "Russia hoax."

What they didn't discuss, Trump made clear, was Russia and Putin's ongoing effort to interfere in American elections. Former FBI Assistant Director Frank Figlguizzi argued on MSNBC's "Deadline: White House" on Friday that Trump's stance toward Putin in the call made it clear that the president doesn't care if Russia interferes in the election again.

"It's troubling to think our president is finding comfort and solace in our adversary," Figluizzi said. "And that our nation's adversary is actually now his buddy. So he's finding self-affirmation in someone who gets up every morning trying to hurt our country. And he simply doesn't get it. Here's how that exchange should have gone, especially if it was that lengthy a phone call: 'Vladimir, the report has troubling information about the degree to which you and your government tried to mess with our democracy and our elections. And if it happens again, the wrath of the U.S. government is going to come down on your head in the form of sanctions like you've never before seen."

He added: "The lack of pushing back by this government and the president has got to be giving Putin the green light to do it again. Do it again. Help us out."