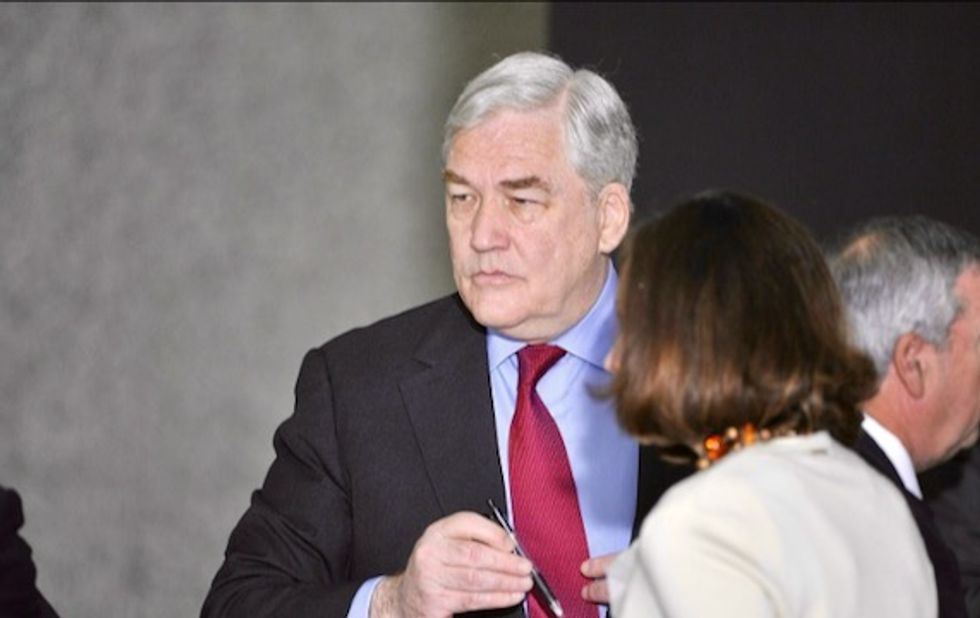 President Donald Trump on Wednesday pardoned disgraced British media mogul Conrad Black, who served more than three years in prison in the US for fraud and obstruction of justice.

"In 2007, prosecutors alleged that Lord Black had committed several acts of mail fraud and obstruction. The Supreme Court of the United States, however, largely disagreed and overturned almost all charges in his case," the White House said in a statement announcing the pardon.

The statement described Black -- who wrote a book entitled "Donald J. Trump: A President Like No Other" -- as an "entrepreneur and scholar" who "has made tremendous contributions to business, as well as to political and historical thought."

His legal battles began in 2004 when he was accused of siphoning off tens of millions of dollars from the sale of newspapers owned by Hollinger International, his holding company.

Black, a prolific writer and historian in his own right, vehemently maintained his innocence and launched a series of libel lawsuits in Canada to strike back at the detractors he blames for destroying his once vast empire.

But years of legal battles -- which went all the way up to the US Supreme Court -- failed to fully clear his name, although he did manage to greatly reduce his prison time by clearing himself of many of the charges.

Montreal-born Black renounced his Canadian citizenship in 2001 after a spat with then prime minister Jean Chretien, who protested the media owner's peerage to Britain's House of Lords.

At its peak, Black's newspaper group was one of the largest media empires in the world, with revenues in the billions of dollars and global daily circulation in the millions.

As well as The Daily Telegraph in London, the group included the Chicago Sun-Times, Canada's National Post, and the Jerusalem Post.

Trump has used his power of pardon before this and critics say he does it for people who back him or his ideas.

Reports have surfaced that he has considered pardoning people charged or convicted as part of the Russia election meddling probe.

D'Souza pleaded guilty in 2014 to using fake donors to make political contributions to a Republican Senate campaign and ended up serving eight months in a halfway house in California.