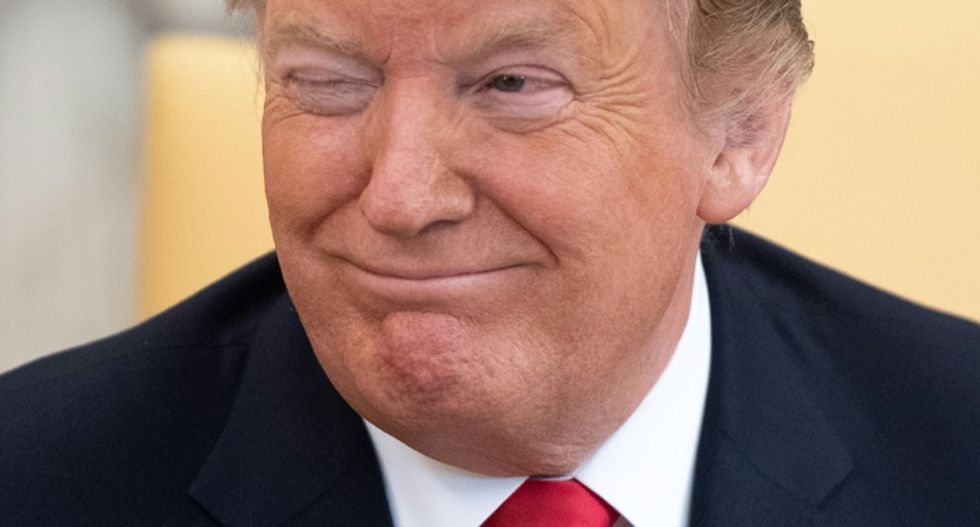 President Donald Trump repeatedly claimed the federal government is taking in "tens of billions of dollars" in tariffs leveled on foreign goods, suggesting those taxes are being paid by foreign nations, when in reality they are being paid for by U.S. consumers.

The President also claimed that no president before him has ever leveled tariffs on foreign goods, which is tremendously false.

"We've never taken in ten cents [in tariffs] until I got elected," Trump told reporters Monday from the Oval Office. That's a lie.

Trump refuses to stop lying about tariffs, falsely claims the US is taking in "billions and billions from China" https://t.co/Cl0iCehILJ
— Aaron Rupar (@Aaron Rupar) 1557773123.0

"I love the position we're in," Trump added, as the markets tumbled on news China may retaliate in Trump's tariff war. The DOW has been down about 600 points much of the day, following rough days for markets Thursday and Friday last week.