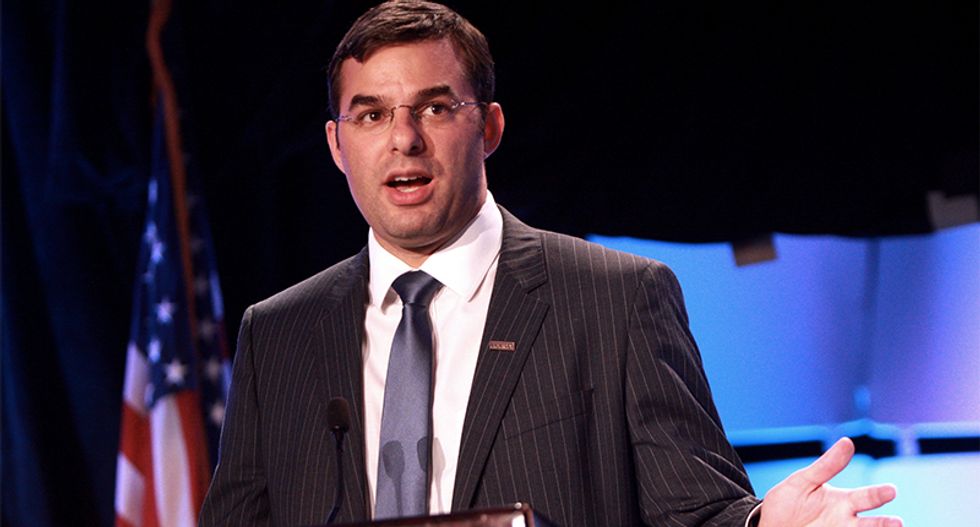 Rep. Justin Amash (R-MI) enraged followers of President Donald Trump when he announced Robert Mueller's report was a "tipping point" for him. Amash was the first Republican to break ranks and fellow members of his party are now coming after him.

Former Trump transition team member J.W. Verret told CNN's Brooke Baldwin that it's nice to have someone out on the limb with him.

"People asked me who was going to be the first to stand up. I predicted Amash," Verret said. "Not because he’s not a real Republican, frankly he's more Republican than Kevin McCarthy and Donald Trump put together. [He's got] a 100 percent rating with Heritage [Foundation], with the American Conservative Union, the NRA. He's far more conservative than they are. He came in on the tea party revolution. He's just an honorable guy. He read the report and spoke up about how the emperor has no clothes here. He told the truth when nobody else would."

Republican consultant Ana Navarro agreed, saying that many Republicans have left the party for the Trump party.

"Republican qualification is measured not by principles or convictions or beliefs but by absolute loyalty to Donald Trump," she said Monday. "Today we have less Republicans in Congress. But they are far more loyal to Donald Trump. Donald Trump made sure that was the case. He targeted and attacked Republicans who dared descend against him in 2018. Anybody who spoke up against him and criticized him and found fought with him and spoke truth about him, and they lost primaries."

The host quoted John Boehner who famously announced it was no longer the Republican Party. "It's the party of Trump," he said.