BUSTED: Trump’s old fundraiser is raising cash for other Republicans — but is not spending it on them 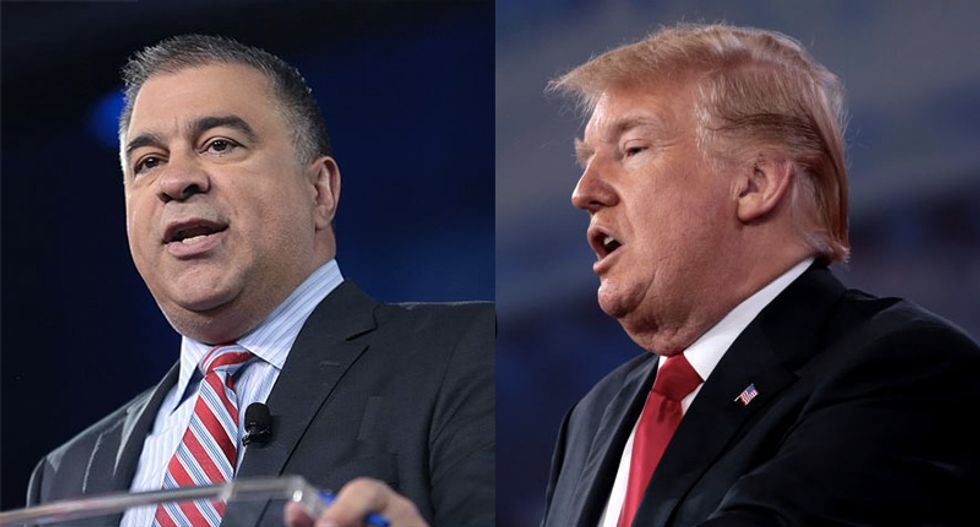 President Donald Trump's former fundraiser is now running the Presidental Coalition, an organization aimed at raising money for conservative candidates who support the president. While many Trump-loving donors might be giving small contributions, the money isn't going to help any of those conservative candidates.

According to a new analysis from Axios and the Campaign Legal Center (CLC), "nearly all" of the money is going back into fundraising more money and into administrative costs.

The group is throwing most of its money into solicitation ads on social media and websites as well as mailers.

Screen captures from Axio show that the organization might be called the "Presidential Coalition," but at the top of mailers, it says 2018 Trump Coalition. The mailers also show a photo of the former fundraiser, David Bossie, standing with Trump. It also asks for $45 "in honor" of the 45th president. 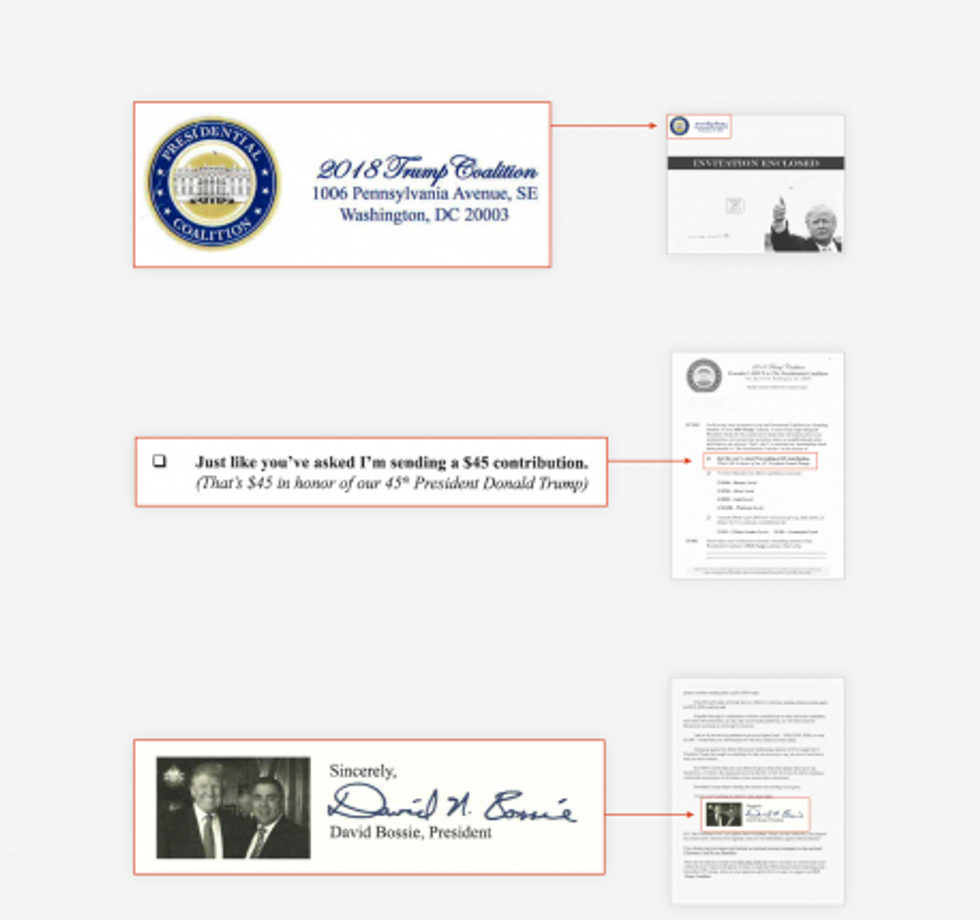 "The problem the president is going to have with this is 1) he does not like when people are perceived to be profiting off of him, and 2) these are not max out donors. This is money that many likely think is going towards the president's re-election effort when it is not. So effectively every dollar groups like Bossie's and similar groups raise is a dollar the campaign does not," said a senior Trump administration official.

CLC explained in their analysis that many groups with pro-Trump names target "vulnerable communities with self-serving borderline scams."

"What sets the Presidential Coalition apart is that it is explicitly — and successfully — capitalizing on Bossie's connection with the president of the United States," they wrote.

Now elderly supporters are furious, thinking that their money was going to help the president.

"I gave them money after seeing their mailers, and because I think Trump deserves it. … I'm old and easily fooled I guess. … It's disappointing, very disappointing," said 86-year-old Republican Wallace Payne, from Paynesville, Minnesota.