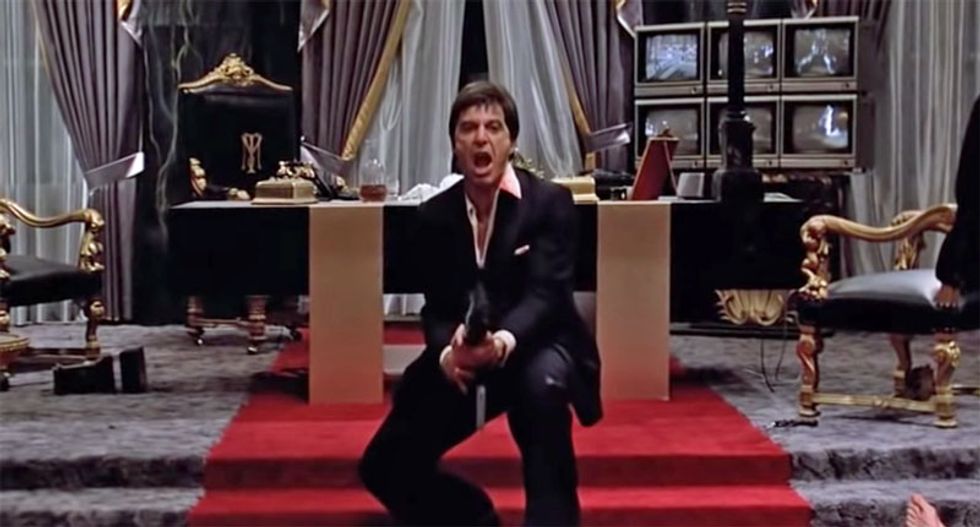 During the network's first comedy special, Quinn impersonated Donald Trump explaining the Bible to Christian voters, despite being, "probably the least Christian person that’s walked the face of the Earth in a couple centuries."

"You Christian people are some of the most fantastic tremendous people. Your faith is a wonderful thing. I love your faith. I love it," he said. "The Bible is a great read, by the way. What a great, great book. I read it at Mar-a-Lago — I never read it before and I read it. Fantastic. Couldn’t put it down. It’s a great beach read."

"You got Joseph and Mary and she’s pregnant about to have a baby and they can’t get in. I don’t know why. No room at the inn. I owned hotels, sometimes you don’t want people in for different reasons but they finally do get in they have the baby, grows up to be a tremendous success and a lot of things happen. Some good. Some not so good," he continued. "Treated very unfairly, by the way, very unfairly. Jesus, it’s really, it’s actually a disgrace the way Jesus was treated. I’ll be honest with you."

The comedian then issued a dire warning about the ending of Trump's time in office.

"But even the people that love Trump, I think we all know how this is going to end because you think the term -- it’s obviously not going to be the traditional waving good-bye on the White House lawn, jump in the chopper. Even he doesn’t think it will end that way," Quinn said.

"It’s probably the last scene of Scarface I would think," he said.

In the infamous "say hello to my little friend" final scene from the 1983 movie, Al Pacino's gangster character stuffs his face in a pile of cocaine before shooting at his enemies with a grenade launcher-equipped M-16. After being shot multiple times, Pacino's character is killed with a shotgun blast to his back.