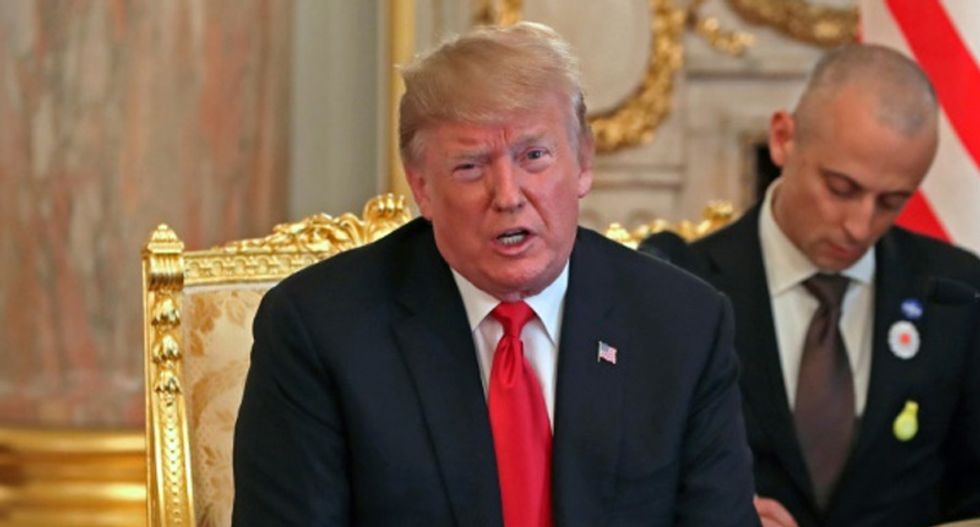 President Donald Trump often bends the truth to broadcast success, from his business acumen to his handling of foreign policy in office. He's been known to refer to himself as a "very stable genius."

On Thursday, Politico published a story tracing the President's long obsession with IQ as a measure of worth or worthlessness. Of course, the President tends to label his supporters as having high IQs, while he deems his detractors to be idiots. Recently, Trump seemed pleased when North Korean dictator Kim Jong Un questioned Joe Biden's intelligence.

Trump biographer Gwenda Blair noted that Trump has always been obsessed with IQ.

“I don’t think you have to put him on the couch to see that someone who has such a consistent need to build himself up and belittle everyone else must have some problems with self-esteem,” Blair, who wrote a book about the Trump family, told Politico. “It’s a lifelong theme for him.”

There's an obvious reason Trump appears to be obsessed with IQ -- which has, in recent years, been questioned as a true marker of smarts.

“Part of it comes from his insecurities about not being perceived as intelligent,” a former White House official told Politico.

“Measuring someone’s intelligence is not simply a matter of taking one test with a sharpened No. 2 pencil. Donald Trump came of age before that whole notion, for sure,” Blair said. “He’s still thinking in terms of that No. 2 pencil.”

The president's emphasis on intelligence is also at odds with his populist image.

"He’s a populist in a way, but he’s a populist only in terms of his policies,” said another former White House official. “His personal message has always had a real elitist flavor to it.”