Tump swears 'great respect' exists between US and North Korea 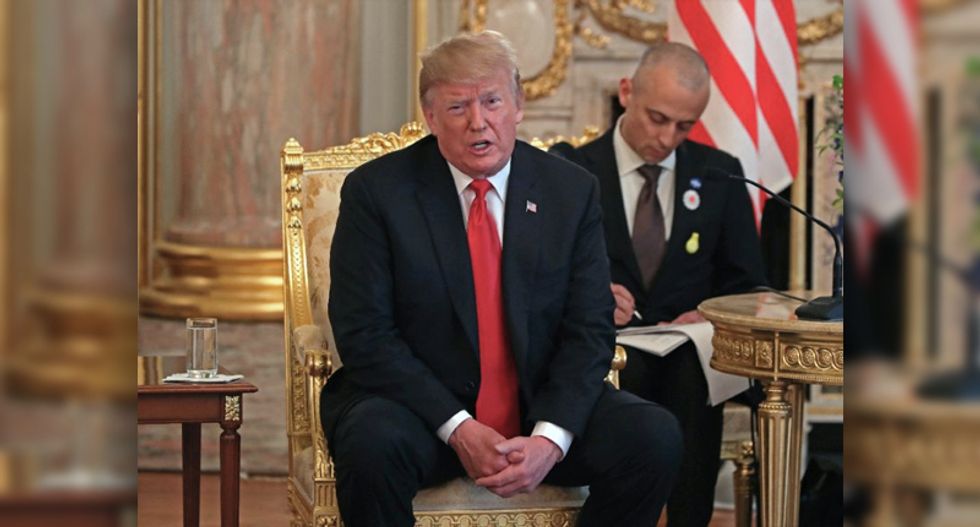 "I personally think that lots of good things will come with North Korea, I feel that. I may be right, I may be wrong, but I feel that," Trump said at the start of bilateral talks with Japan's Prime Minister Shinzo Abe in Tokyo.

"We've come a long way," the US leader added.

The comments come despite short-range missile launches by Pyongyang in May that Trump's own National Security Advisor John Bolton said over the weekend were in violation of UN Security Council resolutions.

Trump appeared to dispute Bolton's assessment in a tweet on Sunday, in which he called the missiles "small weapons" that "disturbed some of my people, and others, but not me".

The US president is in Tokyo for a state visit that included a meeting with the newly enthroned Emperor Naruhito on Monday morning, the first time the monarch has met a foreign leader since taking the throne.

Trump's bilateral talks with Abe are expected to focus on trade, North Korea and military issues, as well as other diplomatic crises, including the tensions between Washington and Tehran.

Abe has reportedly proposed serving as a mediator and is said to be weighing a state visit to Iran, and Trump said he remained open to talks.

"Nobody wants to see terrible things happen, especially me," he added.

Trump said US-Japan relations have "never been better," but the allies are locked in negotiations over trade, with the US leader repeating Monday that America suffers a "tremendous imbalance" with Japan on trade.

"We're working on that, and I'm sure that will work out over a period of time," Trump added, saying he expected the allies to be "announcing some things, probably in August, that will be very good for both countries".

"We'll get the balance of trade straightened out rapidly."