‘Veep’ producers hilariously list off all Selina Meyer’s faults modeled on Trump: She also 'pretends to like her family' 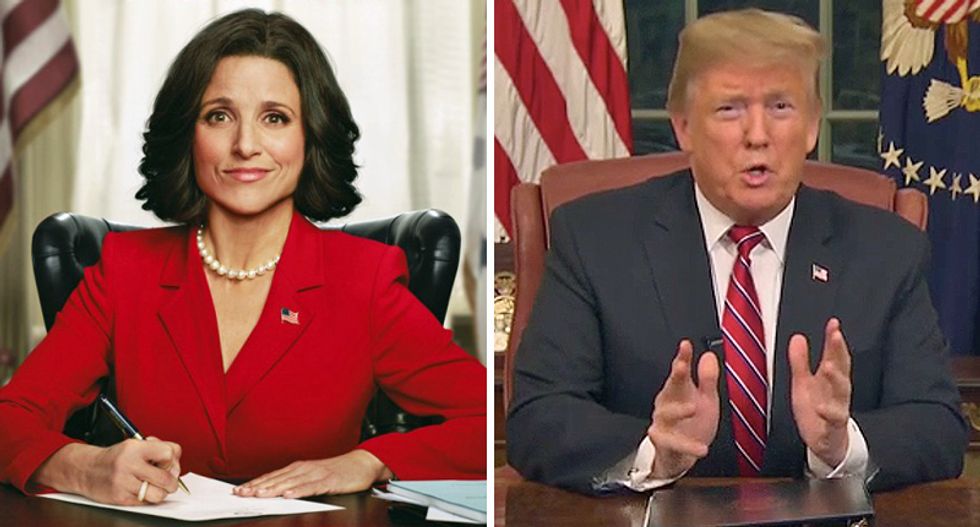 "She’s horrific and despicable in many ways and holds grudges and has a very sort of a hair-trigger temper and that kind of a thing," he noted.

"And pretends to like her family," Rich added. "And she doesn’t give a lot to charity, I don’t think."

"Invokes God when she feels it serves her own purposes," Mandel noted.

"She has to look at the index of her own memoir to find out her position on abortion," Rich said.

"Not fond of her own children and never pays taxes," Mandel noted.