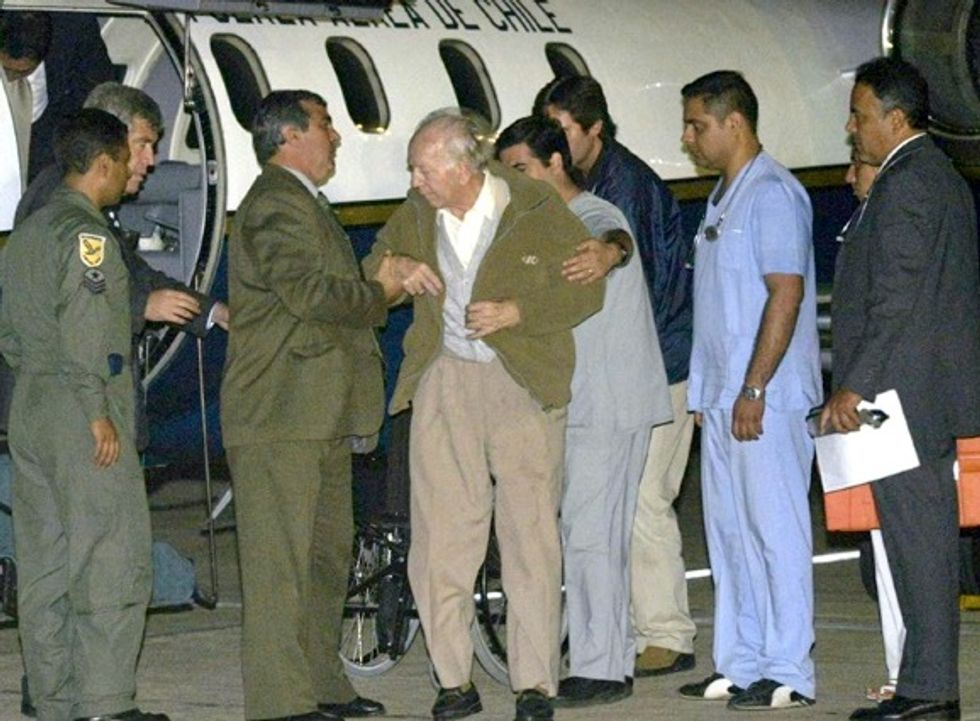 Victims of a Chile-based Nazi pedophile sect said compensation offered by Germany was not enough to make up for decades of slavery and abuse.

Germany said Friday it would pay up to 10,000 euros ($11,000) each to victims of the "Colonia Dignidad" commune founded by a former Nazi soldier.

"It's a help, yes, but it does not solve the problem. We are a lost generation," Horst Schaffrick, a German who arrived at the enclave with his family at the age of three, told AFP.

The commune was presented as an idyllic German family village but in reality, Schaefer, a convicted pedophile, abused, drugged and indoctrinated the few hundred residents and kept them as virtual slaves.

His group had close ties to the 1973-1990 dictatorship of Augusto Pinochet and would torture and "disappear" regime critics.

Germany said Friday it would pay up to 10,000 euros to victims of the sect.

The compensation "covers very little, if you compare it to the 40 years of work without pay," said Schaffrick, who also referred to "the suffering caused by slavery, beatings, drugs and sexual abuse for 20 years."

Winfried Hempel, who was born in the commune and lived there until the age of 20, also felt the proposed compensation "is a step forward, but certainly not enough."

"What we would have wanted, and what we are arguing for, would be that we give settlers who are old enough to retire a decent pension, no more and no less," said the lawyer, who is fighting for the victims.

At his office in Santiago, Hempel told AFP they would continue to seek proper compensation.

Some 240 German and Chilean survivors are eligible for the payments, including about 80 who now live in Germany, from a fund valued at an initial 3.5 million euros until 2024.

The European Center for Constitutional and Human Rights said Germany's foreign ministry was "dodging its legal responsibility to compensate the victims" more fully, adding that "many Chilean victims were left out".

AFP/File / Rolando ANDRADE Sect leader Paul Schaefer (C) was arrested in 2005 in Argentina and jailed in Chile. He died behind bars in 2010

"The survivors still suffer massively from the severe psychological and physical consequences after years of harm caused by violence, abuse, exploitation and slave labour."

However, it also said that the German government "is of the opinion that no legal claims against the Federal Republic of Germany have arisen" from the abuses in Colonia Dignidad.

The support measures for victims would be paid "exclusively out of moral responsibility and without recognition of a legal obligation", it said.

The scale of the atrocities committed at the fenced-in mountain commune 350 kilometres (215 miles) south of Santiago came to light only after the end of Pinochet's regime.

Schaefer, having initially run from justice, was arrested in Argentina in 2005 and then jailed in Chile for child sexual and other abuses. He died behind bars in 2010 at the age of 88.