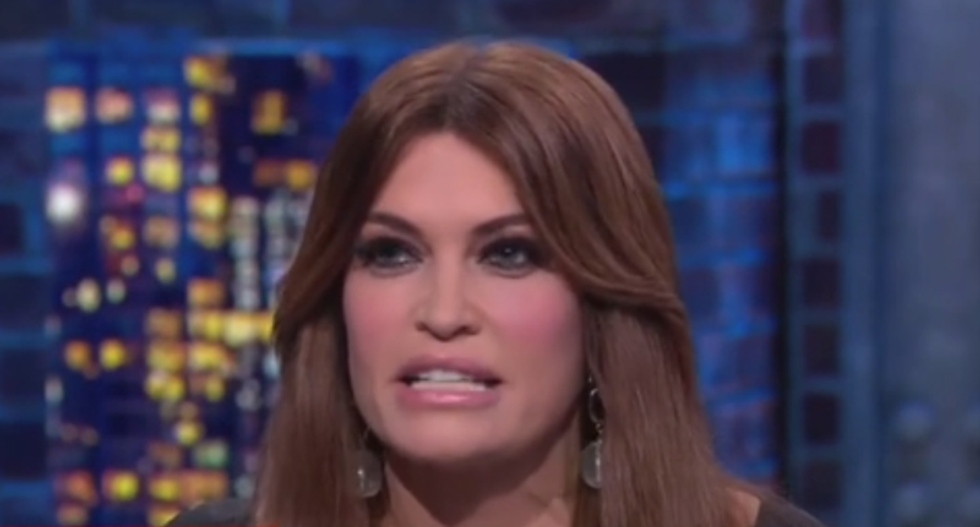 On Thursday, Chris Cuomo clashed with Trump campaign adviser and former Fox News host Kimberly Guilfoyle about the implications of former special counsel Robert Mueller's report — and swatted down her absurd denial that she was using impeachment in an any less political way than she was accusing House Democrats of doing.

When Cuomo reminded her that the report names multiple possible points where Trump obstructed justice, and left it to Congress, she said, "As [Attorney General] William Barr said, the DOJ and the investigations they do do not serve as an adjunct to Congress. They just want a different outcome, so now they're saying they're going to continue to do this."

"The campaign put something out this thing saying, 'they want to impeach the president. Give us money,'" laughed Cuomo, putting up a screenshot of an email sent by the Trump 2020 campaign to supporters.

Caught in the lie, Guilfoyle tried to change the subject. "Well, guess what? The people that support the President of the United States believe in him, and they've seen that in fact, despite this president being completely cooperative, putting everything out there—"

"He didn't sit for an interview," Cuomo cut her off. "He didn't answer a single question on obstruction."

"The president was totally transparent and cooperative with this investigation," insisted Guilfoyle.

"Except he didn't sit for an interview and answer a single question about obstruction."