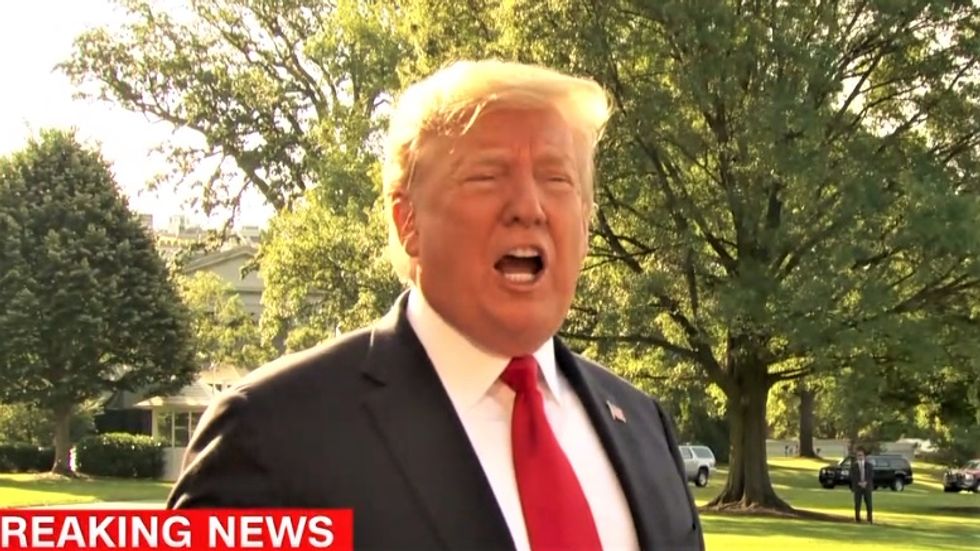 President Donald Trump on Thursday unleashed a furious attack on former special counsel Robert Mueller in which he accused the former FBI director of being highly "conflicted" because he ended his membership at one of Trump's golf clubs seven years ago.

During a gaggle with reporters on the White House South Lawn, Trump went off on a long rant against Mueller for supposedly being out to get him both because of the golf club dispute and because Trump did not appoint him as FBI director.

The "business dispute" Trump referred to is a dispute over fees paid to a Trump-branded golf course.

In October 2011, Mueller wrote a letter to the Trump National Golf Club in Sterling, Virginia to say that he was ending his family's membership there because they lived too far away from it to use it on a regular basis. Mueller also asked to be refunded a portion of the initial membership fee that he paid back in 1994, and the club put them on a wait list to receive a refund that apparently never came.

According to Trump, this made Mueller completely unfit to be appointed special counsel.

"Robert Mueller should have never been chosen!" Trump ranted.