WATCH: Phil Mudd busts Trump for wanting to prosecute John Kerry for something his own aides did 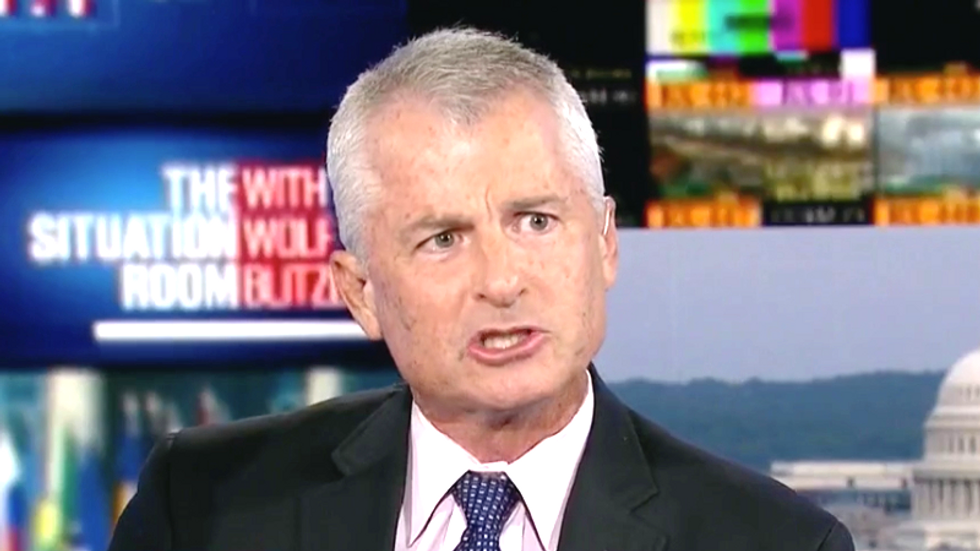 Trump said that Kerry should be prosecuted under the Logan Act for his conversations with Iran. Mudd slammed Trump for this assertion since Trump's aides have done similar actions.

Mudd said sarcastically that the news was "too rich" for a Thursday night right before he slammed Trump. He explained that Trump's former aide Michael Flynn had contact with Russia before Trump was ever in office.

"The president of the United States has one of his former advisers, Michael Flynn, pick up the phone to the Russians and say in what I can only interpret as a negotiation before that team is ever inaugurated, 'Russians don’t pay attention to the Obama sanctions, we’re going to hook you up,'" Mudd told CNN host Wolf Blitzer.

"If someone needs to be prosecuted under the Logan Act -- the president seems to have a short memory. Michael Flynn gets another day in court beyond lying to federal prosecutors. We have him on tape telling the Russians 'I’m going to negotiate away sanctions before we’re ever in the office,'" Mudd said.