WATCH: Trump wrongly thinks he can’t be impeached because he ‘can’t imagine the courts allowing it’ 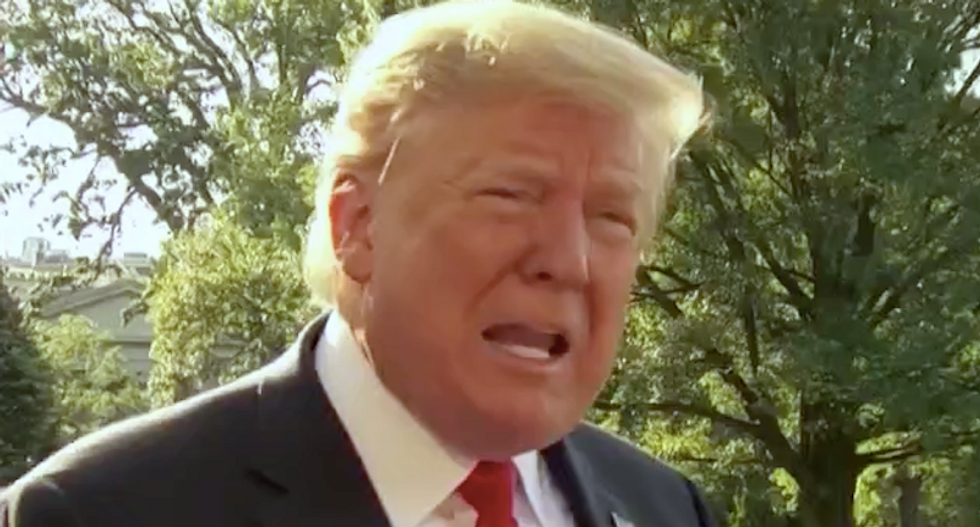 President Donald Trump may think he's "like, really smart" and a "very stable genius" but his self-proclaimed high level of intelligence does not make him a legal expert.

After walking back his admission that Russia was "helping me to get elected," Thursday morning the President spoke with reporters, delivering what appeared to be a disturbing warning.

"Some day you ought to read a thing called Article II. Read Article II," he said, referring to the portion of the U.S. Constitution that outlines the powers and responsibilities of the nation's chief executive – which, he added, "gives the president powers that you wouldn't believe."

Trump also revealed he's no Constitutional expert, telling reporters he couldn't imagine getting impeached because he "can't imagine the courts allowing it."

The federal courts, which have frequently blocked Trump's major proposals and attempts to operate outside of the law, have absolutely nothing to do with whether or not he gets impeached by the House, and have no authority to rule on the matter (with the exception of the Senate trial, which is presided over by the Chief Justice of the Supreme Court.)