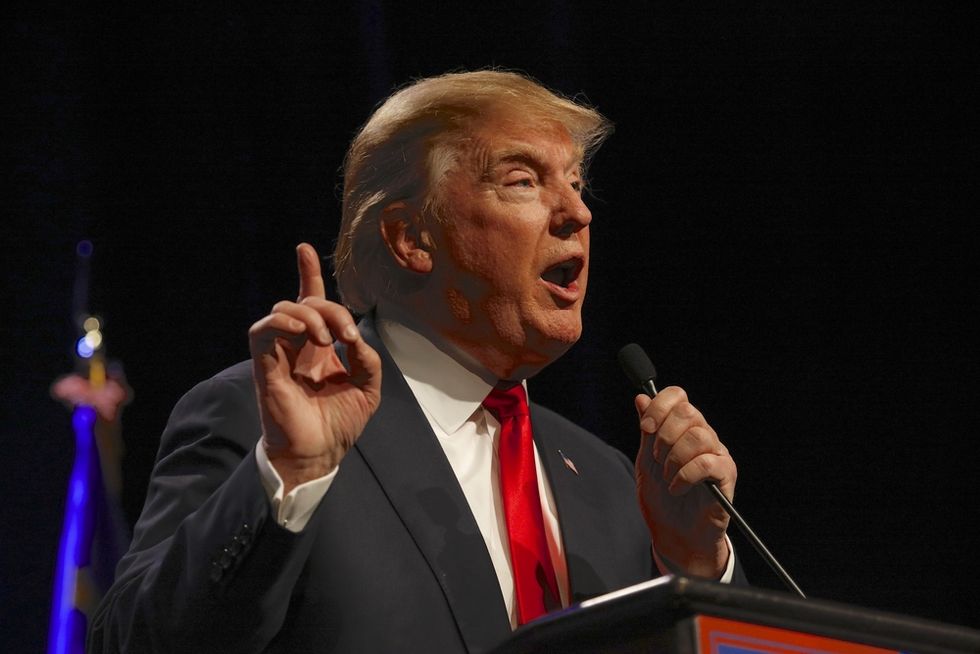 For all that, we haven’t located the source, the Deep Horizon of his toxic sludge – the root of all his evil. We try to staunch the flow wherever it affects us or we spot it. That has us scrambling, our efforts diluted. He likes us scattered. As Trump Insider Cliff Sims notes, Chaos is Trump’s friend. He can handle it better than anyone.

The closest social scientists get to describing the root of Trump’s evil is the term “dark triad,” the triple-threat of psychopathy, narcissism and Machiavellianism. The term “dark triad” simply indicates that he’s ruthless, cunning and self-aggrandizing to a clinically diagnosable degree.

Psychopathy in particular, is the ability to stay comfortable, calm, and confident while causing havoc. That may be part of his appeal. Many wouldn’t like that ability to remain above the chaos they cause? It’s as alluring as the fountain of youth, the secret to a long happy life making your enemies miserable.

So how does Trump stay above the chaos, never dragged under?

The secret could be called "self-refereeing." Trump always pretends he’s the official referee calling “fair” on his own plays, the supreme judge presiding over his own case and declaring himself absolved, the pope who’s papal bull pronounces himself a saint. He poses as the supreme authority, affirming his own deeds. He talks as though the world awaits his decision on whether we can trust his word.

Self-refereeing is a simple trick. Any unscrupulous idiot can employ it. It comes easy to psychopaths. It’s the simplest, most efficient kind of closed circular logic:

For people made anxious by uncertainty, such closed circular logic can be irresistible. They clamor to enter the closed circle, safe and free from all uncertainty forever more. Self-refereeing is the authoritarian leader’s core appeal to authoritarian followers.

A leader who can sustain a self-refereeing air of authority holds a trump card. No matter what critics say, he gets the last word on his virtue. There’s no deed he can’t declare fair.

Self-refereeing is enhanced by judging all fouls as challenges to one’s authority. When Elizabeth Warren says that Fox News is a “hate-for-profit racket,” she doesn’t mention why hate would be profitable. Unbound outrage at critics is like blaring a police siren so loud you don’t have to hear your own self-doubt and anxiety. It’s not just righteous indignation, it’s indignation that purges all self-doubt — leaving you feeling nothing but righteousness.

Rather than thinking of the dark triad as three parallel traits, think of them as made possible by the closed-circle logic, wildcard Machiavellianism justified by a trump card narcissism and psychopathy.

Trump's self-refereeing divides the nation. It makes loyal fans trust him more and the resistance trust him less.

Or think of it this way. If you had evidence that your partner is cheating on you, would their insistence that they aren’t cheating put you more at ease or less?

Being president is the ideal position for a self-refereeing psychopath. Those of us trying to sustain cultural norms try to show deference to the office of the president, which the psychopath can use as evidence of his supreme authority. The threat of being ousted from the press corps keeps the media respectful of the office from which the psychopathic referee-in-chief can systematically call fair on all his plays and foul on all critics.

The media end up in the role of petitioner, awaiting the president’s authoritative decision on the merit of the president’s decisions. The resistance ends up playing lawyer petitioning in the court he rules.

There’s no way to stop a self-refereeing psychopath short of relentlessly exposing his self-refereeing. Truth is, nobody asked him whether he agrees with his actions. The media should stop asking him and his lackeys to referee their own virtue.