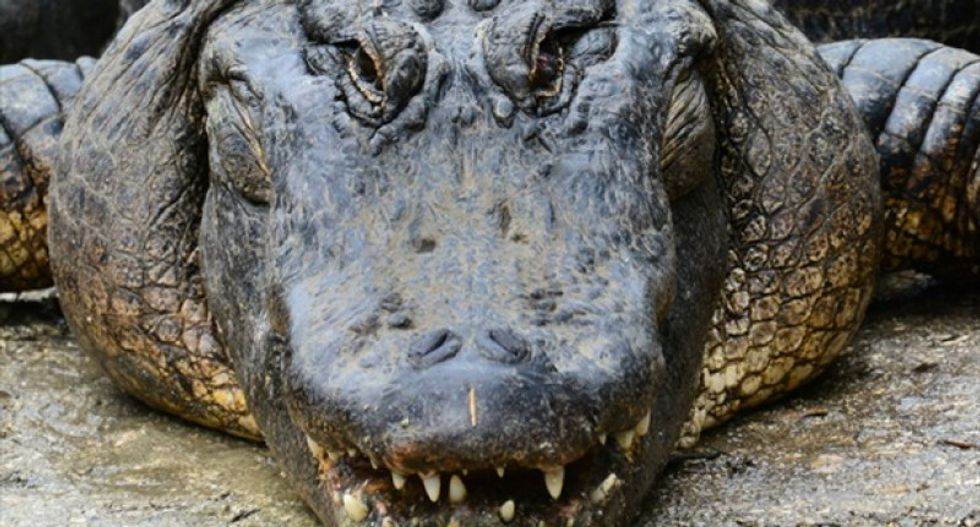 Florida has become associated with strange news stories over the last several years. One meme was started where internet users are instructed to search for the phrase "Florida Man" and their birthday. Inevitably it will turn up someone in Florida who has done something bizarre.

One Florida woman has now become part of the notorious list of stories. This weekend Florida officials were prompted to investigate after what should have been a routine traffic stop for one Charlotte County Sheriff's deputy, WBBH reported.

Deputies pulled over a truck in which the woman was riding around 3:15 a.m. for running a stop sign, the incident report said. A 22-year-old man was driving and confessed to the deputies that he and his companion were coming from the underpass of Oil Well Road trying to collect frogs and snakes.

The driver got a warning for the stop sign violation, but the deputy had to ask for more information. He inquired about what wildlife they'd collected to ensure none of the critters were on a list of creatures barred.

The driver showed the deputy a bag near his feet with clothes and personal items in it. The woman opened her backpack revealing 42 small three-striped mud turtles and one softshell turtle.

Deputies then asked if she had anything else. That's when she whipped out a foot-long alligator from her yoga pants. The deputy did not include any details about his reaction to the shelter options for the alligator in the report.

The Florida Fish Wildlife and Conservation Commission was called to the scene shortly before 4 a.m. and worked to navigate the scene.

The couple was ultimately cited for the critters because, while they are native to Florida, they are regulated.