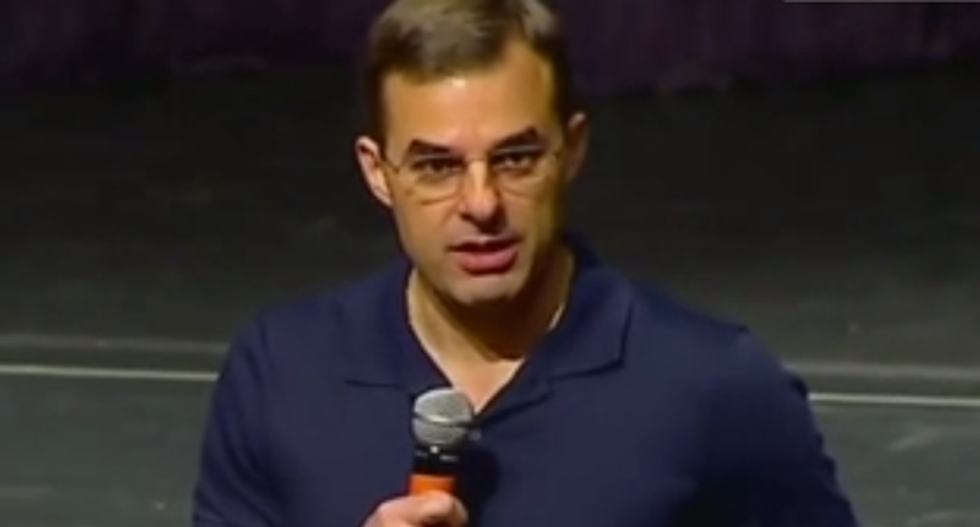 Facing fire from his own party for being the only Republican to call for impeachment of President Donald Trump, Rep. Justin Amash (R-MI) doubled down on that call in a town hall in Grand Rapids on Tuesday, broadcast by CNN.

"I think it's really important that we do our job as a Congress, that we not allow misconduct to go undeterred," said Amash. "That we not just say, someone can violate the public trust and that there are no consequences to it."

"And if you get a chance, I encourage you all to read the tweet where it lays all of this out," Amash added. "Mueller's report lays all of this out. And I'm confident that if you read Volume II, you'll be appalled at much of the conduct. And I was appalled by it. And that's why I stated what I stated. That's why I came to that conclusion, because I think we can't go — we can't let conduct like that go unchecked."

"Congress has a duty to keep the president in check, and it is a difficult process," Amash continued. "For those who are worried about, you know, Congress intruding on the president's powers consistently, it is a difficult process to remove someone from office. It's not easy. So no one's suggesting that just because you start some inquiry or process that a person's removed from office."

"Nonetheless, we have a job to do," said Amash to loud applause. "And I think we owe it to the American people to represent them, to ensure that the people we have in office are doing the right thing, are of good character. Aren't violating the public trust."