Alexandria Ocasio-Cortez scorches Kris Kobach at Census hearing: 'I want to know about the racism' 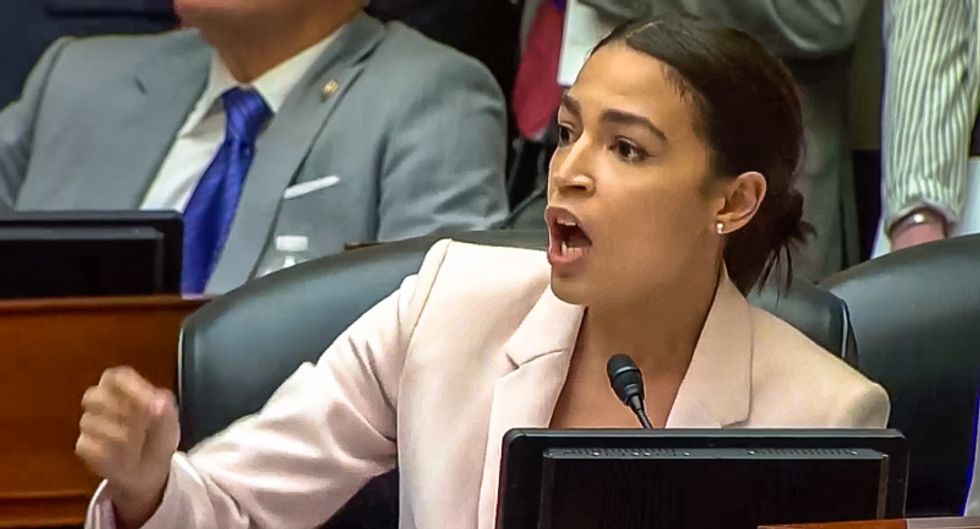 Rep. Alexandria Ocasio-Cortez (D-NY) on Wednesday lambasted the Trump administration and former Kansas Secretary of State Kris Kobach for a plot to include a citizenship question on the census.

At a House Oversight hearing, Ocasio-Cortez demanded to get to the bottom of how the Trump administration short-circuited the process of creating a census so that the citizenship question could be included.

"The Census is a constitutionally mandated operation that we are required to implement every 10 years," she told the committee. "Any change to the census -- the addition of a question -- usually takes five years of a process to make sure that it is vetted, that every word has been tested, to make sure that it is effective because it is one of the most important things that we do."

According to the congresswoman, more than two years were "shaved off" the census process.

"I want to know why people like Kris Kobach with a documented history, a resume of voter suppression techniques in the state of Kansas," she continued, "I want to know why folks like that have their fingerprints all over the most sensitive Census operations that we have."