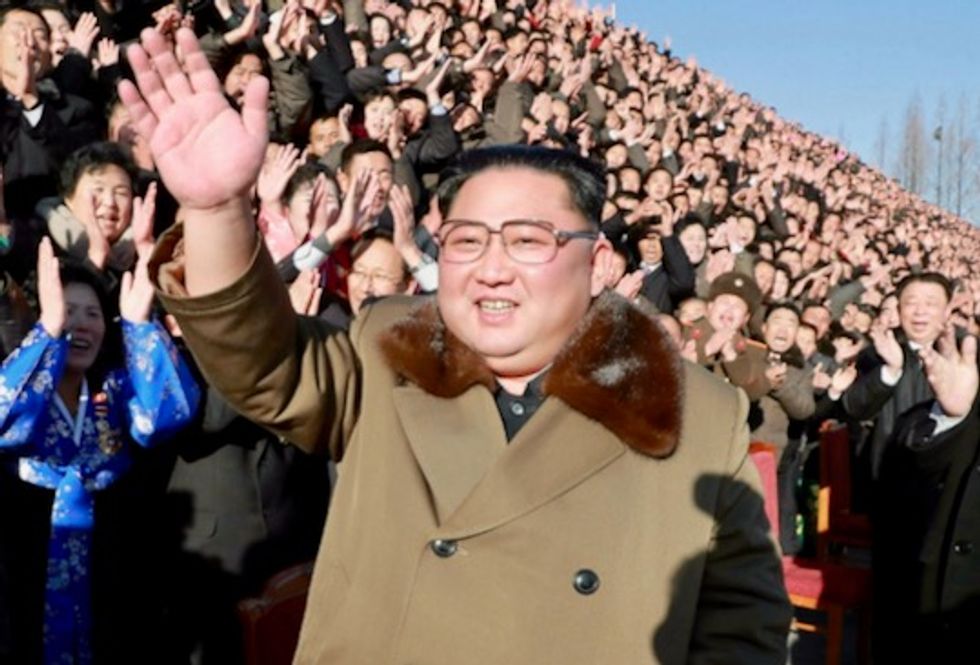 Australia on Thursday said it was "urgently seeking clarification" on the fate of a citizen feared detained in North Korea.

The department of foreign affairs said it was in contact with the family of a man "who has been reported as being detained in North Korea".

Korean-language media named him as Alek Sigley, one of only a handful of Western students at Kim Il Sung University, where he studies Korean literature.

He also runs a company specialising in tours of North Korea and has written articles about Pyongyang's dining scene and other issues for NK News and other outlets.

"The Department is urgently seeking clarification," a statement from Canberra read. "Owing to our privacy obligations we will not provide further comment."

Australia has no diplomatic mission of its own in Pyongyang and is represented in North Korea by the Swedish embassy.

Canberra advises against non-essential travel to North Korea -- where several foreigners have been detained in the past.

In 2016, Otto Warmbier, a University of Virginia student, was imprisoned during a tour of the authoritarian state after being accused of taking down a propaganda poster.

Doctors said he suffered severe brain damage while in detention, fell into a coma and died days after arriving back in the United States in June 2017. He was 22.

Sigley is one of only a handful of Western students at Kim Il Sung University, the North's top educational establishment.

The vast majority of foreign students are Chinese, for whom studying at the university is significantly cheaper than at home.

The foreigners have separate classes to domestic students and fees are in the range of $3,000 a year.

They also have their own dormitory so that -- aside from a few North Koreans assigned to the same facility -- they have limited contact with local students.

In a post in January this year, Sigley described a strong interest in east Asia and "socialism" and recounted his first trip to North Korea in 2012.

The son of an anglo-Australian man and Chinese mother, he previously studied at Fudan University in Shanghai and in South Korea before moving to Pyongyang, according to his post.

"I'm enrolled in a master's degree in Korean literature in the university's postgraduate school. Because I am the only foreign student in this particular program, my courses are all conducted one-on-one with the teacher," he wrote.

Steering clear of politics, Sigley described a life chatting with Chinese exchange students, drinking with Russian students and playing video games and going to restaurants with students from Canada and Sweden.

In an article for the Guardian newspaper published in late March, Sigley said he had "nearly unprecedented access" to Pyongyang as a long-term foreign resident.

"I'm free to wander around the city, without anyone accompanying me. Interaction with locals can be limited at times, but I can shop and dine almost anywhere I want," he wrote.