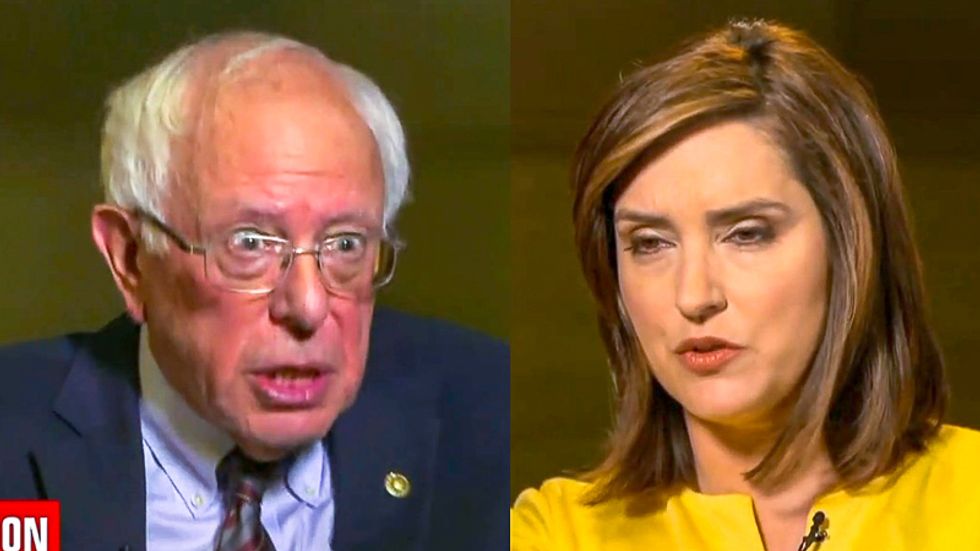 In an interview that was recorded on Saturday, Sanders explained that President Donald Trump's decision not to bomb Iran was like "somebody setting a fire to a basket full of paper and then putting it out."

"He helped create the crisis and then he stopped the attacks," Sanders noted. "He thinks that war with Iran could be good for this country."

"He was just doing a limited strike," Brennan noted.

Sanders exaggerated his reply to clearly demonstrate sarcasm on his part.

Watch the entire clip below.