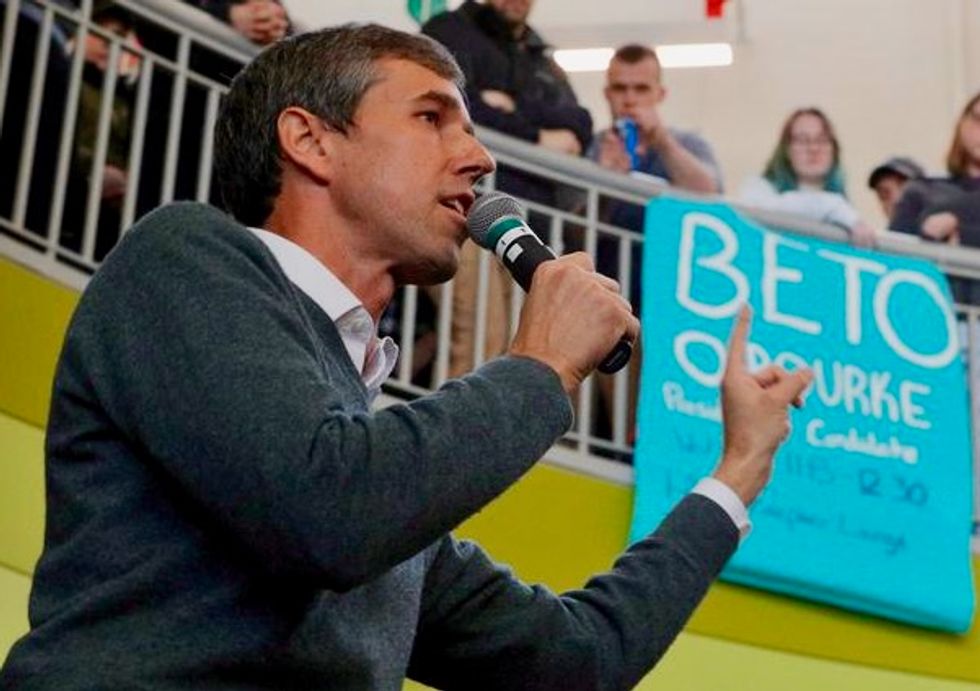 The Democratic presidential candidate uses his eighth policy announcement to focus on an area that he prioritized in Congress.

Democratic presidential candidate Beto O'Rourke on Monday morning released a plan to improve the lives of veterans, returning to an area of priority during his time in the U.S. House for his latest 2020 policy rollout.

In keeping with measures he supported in Congress, the plan calls for a "responsible end" to the wars in Iraq and Afghanistan — reinvesting $1 out of every $2 saved in veterans programs — and the creation of a Veterans Health Care Trust Fund for each future war. The fund would be paid for by a "war tax" on households without service members or veterans.

“We must be willing to pay any price, and bear any burden, to provide the full care, support, and resources to every single veteran who served every single one of us," O'Rourke said in a statement, adding that the best way to honor veterans is to "cancel the blank check for endless war—and reinvest the savings to ensure every American can thrive upon their return home."

O'Rourke's platform also includes ideas to overhaul veterans' health care, ensure all veterans are treated equally and help with the transition back to civilian life.

O'Rourke was set to discuss the plan during a veterans roundtable later Monday morning in Tampa, Florida. O'Rourke is visiting the state ahead of his appearance at the first primary debate Wednesday in Miami.

The veterans plan takes O'Rourke back to a constituency that he prioritized during his three terms representing El Paso — home to Fort Bliss — in the House. He served on both the House Armed Services and Veterans' Affairs committees, and he held quarterly town halls specifically for veterans.

Initially knocked as light on details, O'Rourke has been unveiling policy proposals at a steady clip since early May. Before the veterans plan, he put out ideas on climate change, immigration, criminal justice reform, abortion, voting rights, LGBT rights and entrepreneurship.

And there is likely more to come, with his campaign recently hiring a batch of policy staffers. Chief among them is national policy director Carmel Martin, a former Obama administration official and top policy expert at the Center for American Progress.