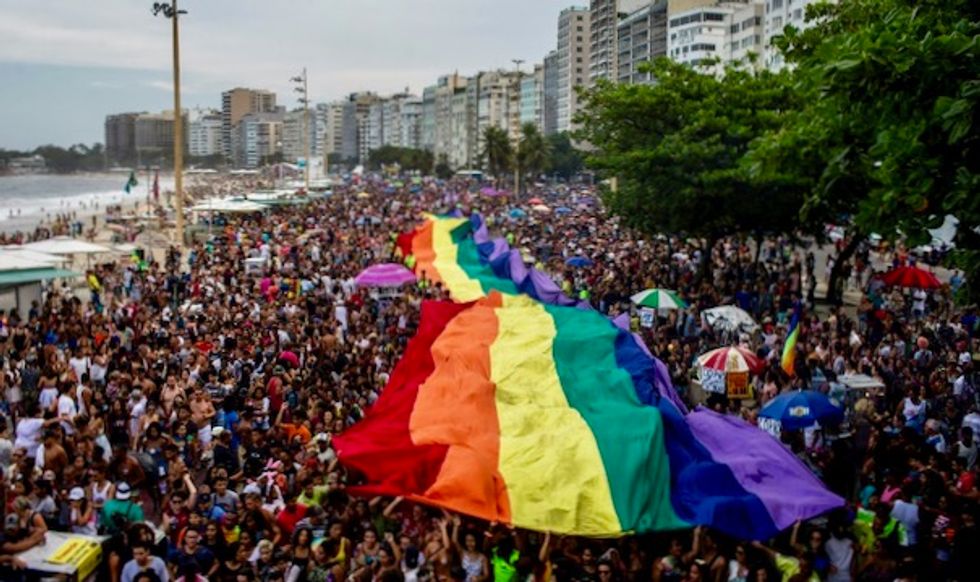 Brazil's far-right President Jair Bolsonaro on Friday criticized the Supreme Court's decision to criminalize homophobia, saying it could "hurt" gays by deterring companies from hiring them.

Bolsonaro, who has a history of homophobic remarks -- he once declared he would rather his son die than be gay -- also said the court was "completely wrong" because it had stepped into legislative territory.

The Supreme Court on Thursday voted eight to three in favor of classifying crimes against gay and transgender people as similar to racism, until Congress passes a law specifically addressing such discrimination.

Congress is held by a conservative majority and is strongly influenced by evangelical churches.

Brazil, which has one of the world's highest rates of violence against sexual minorities, now joins a growing number of countries in the typically conservative and Catholic-influenced Latin American region that have passed measures in favor of LGBT rights.

Speaking to reporters on Friday, Bolsonaro said employers would "think twice" before hiring a gay person for fear they could be accused of homophobia.

Bolsonaro also raised again the possibility of nominating an evangelical judge to the country's highest court to help "balance" the bench.

The three judges that voted against the measure agreed with Bolsonaro on his point that criminalizing homophobia was Congress's job, not the court's.

According to the NGO Grupo Gay de Bahia, which has collected national statistics for the past four decades, there were 387 murders and 58 suicides over "homotransphobia" in 2017, a 30 percent increase from 2016.

This works out to one LGBT death by suicide or murder every 19 hours in Brazil.