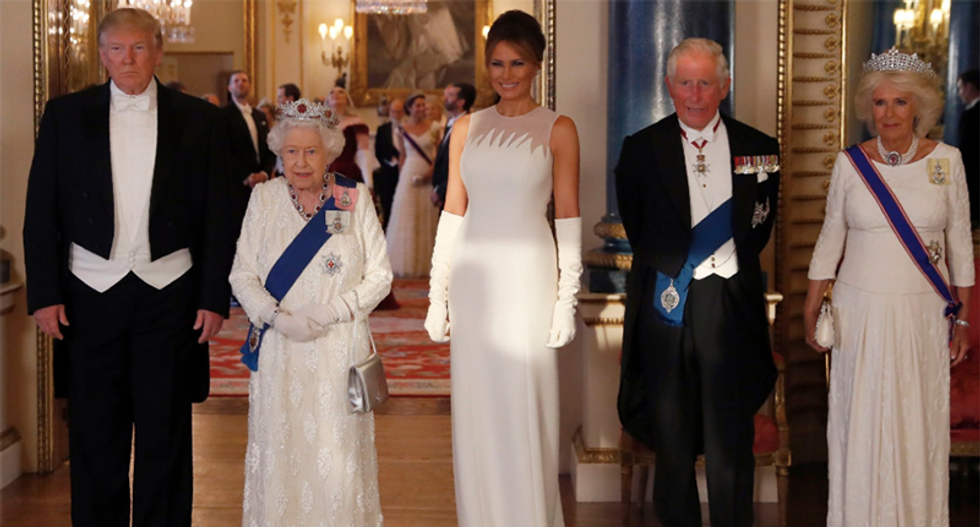 Donald Trump and first lady with Her Majesty the Queen and the Prince of Wales (Photo: White House/Twitter)

President Donald Trump spent a lot of time with the British royal family this week -- but in the past, he concocted false stories about them in an effort to juice up publicity for his assorted properties.

"Between 1981 and 1995, multiple claims that members of the British Royal family were joining Trump properties filled New York tabloids and national papers according to a CNN KFile review of archival papers, audio, and books about the then-real estate developer," they write. "All of them were unequivocally shot down by Buckingham Palace."

One of the most infamous incidents came just ahead of the 1983 opening of Trump Tower in New York when the future president spread word to the New York Post that he met with "Buckingham Palace aides" to discuss potentially buying an apartment in the building for Prince Charles and Princess Diana. Buckingham Palace firmly denied that any such meeting took place.

More than a decade later, Trump had an employee similarly float a false claim that Charles and Diana had paid an initiation fee to join his Mar-a-Lago club in Florida -- which Buckingham Palace also denied.