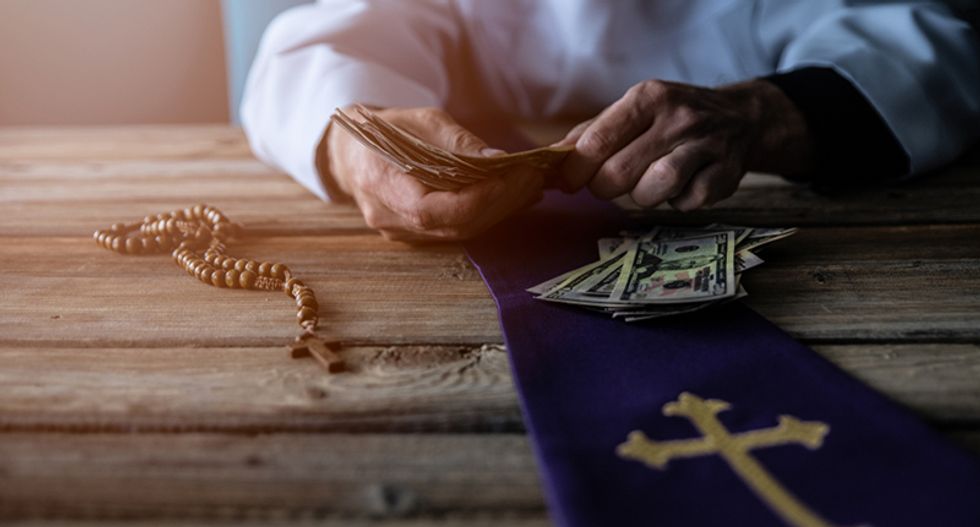 A shocking report Wednesday revealed that the Catholic Church is using a secret fund of oil money in West Virginia to help pay off cardinals and young priests one bishop mistreated.

According to the Washington Post, Bishop Michael J. Bransfield wrote checks for more than a decade under his personal account, only to be reimbursed by the West Virginia diocese. The alleged hush money totaled $350,000, with one gift as large as $15,000.

In total, 11 powerful clerics scored checks that were ultimately edited out of a final report at the request of Archbishop William Lori of Baltimore, who oversaw the investigation. Lori was also one of the names who got a payout and whose name was removed.

The Post obtained both versions of the report to compare and asked Lori for a comment. He said he was giving the money back and hopes it will be given to Catholic Charities.

"He acknowledged that the names of senior clerics were cut from the final report," the Post wrote.

“Including them could inadvertently and/or unfairly suggest that in receiving gifts for anniversaries or holidays there were expectations for reciprocity,” Lori wrote to the paper. “No evidence was found to suggest this.”

The investigation was launched by the Vatican last year.

You can read the full report at the Washington Post.