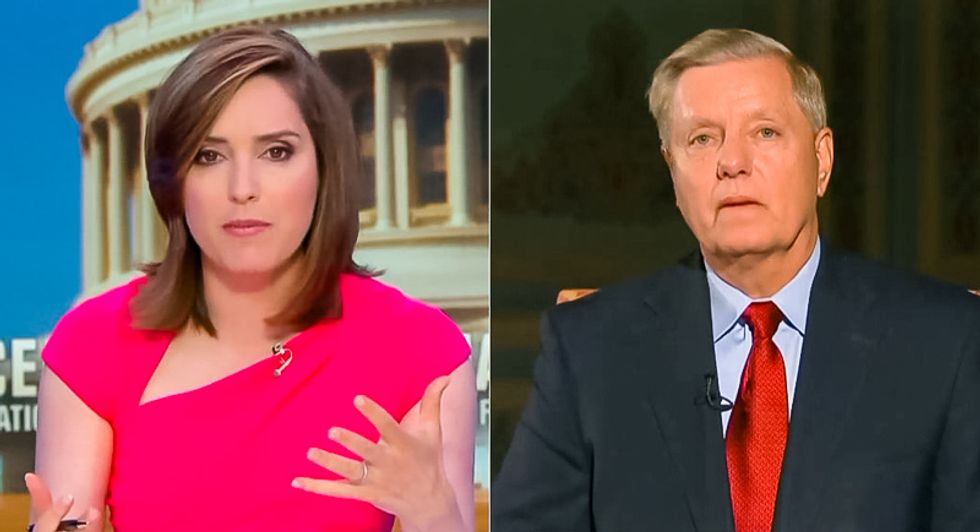 Sen. Lindsey Graham (R-SC) said on Sunday that President Donald Trump was "clearly" joking when he told Russian President Vladimir Putin not to "meddle" in the election.

On CBS's Face the Nation, host Margaret Brennan noted that Trump had recently told Putin at a meeting in Osaka not to "meddle in the election."

"What concerns me is are we going to be ready for their meddling next time," Graham said. "I've seen this administration up their game."

"The last time you were on this program, you said Russia had not learned its lesson," Brennan pointed out. "You see this joking about something so serious regarding an upcoming election, doesn't that counter everything in terms of a hard line the rest of the the international community is trying to send?"

"I'm not so sure rebuking Putin in front of a bunch of cameras does much good," Graham opined.