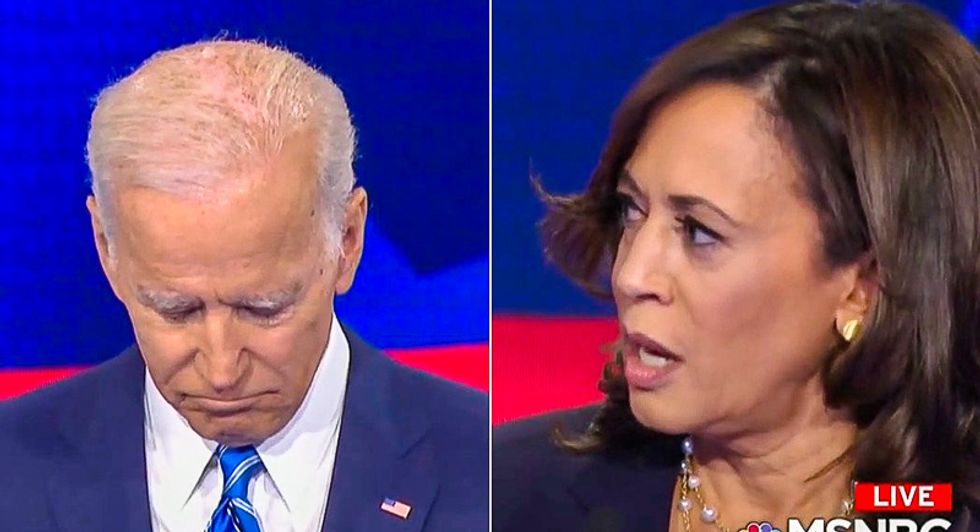 On Thursday night, Democrats faced off in the second primary debate.

While pundits predicted that former Vice President Joe Biden and Vermont Senator Bernie Sanders would dominate the stage, Sen. Kamala Harris (D-CA) stood out, pummeling Biden with criticism of his past record, including his opposition to school busing.

In a TV appearance following the debate, Harris was asked if her attack on Biden had been a "low blow," reports CBS.

Harris shot back that she was merely telling the truth.

"It was about just speaking truth and as I've said many times, I have a great deal of respect for Joe Biden...but he and I disagree on that," she told "CBS This Morning" on Friday.

"My purpose was to really just make sure that in this conversation we are appreciating the impact on real people of policies that have been pushed in the history of our country," Harris continued.

She told CBS the issue was not abstract policy to her, but deeply personal.

2020 Election Top Stories Video
Report typos and corrections to: corrections@rawstory.com.
Like this article ? Text `Support` to 50123 to donate.
READ COMMENTS - JOIN THE DISCUSSION