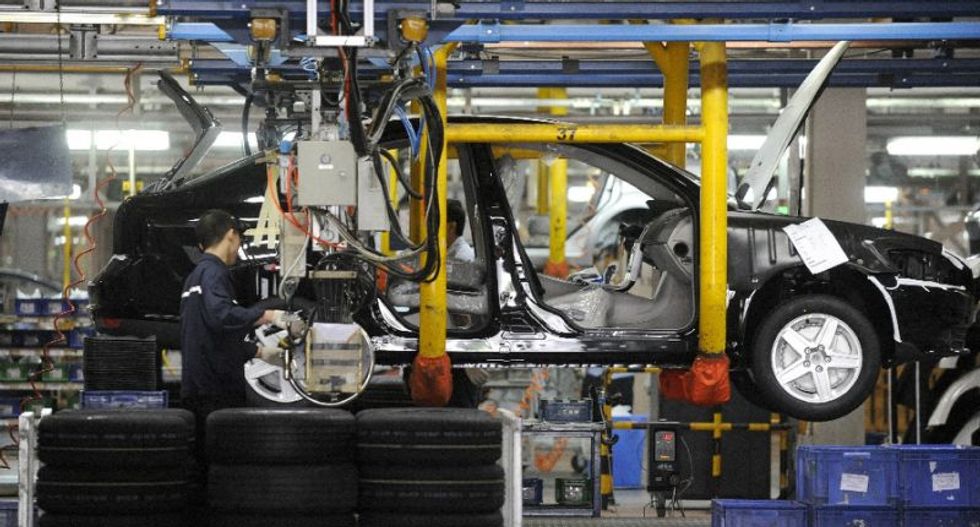 China on Wednesday imposed a $23.6 million fine on US auto giant Ford's joint venture with Changan Automobile for "price fixing" in the latest incident of Beijing targeting an American company amid a festering trade war.

The fine, amounting to four percent of Changan Ford Automobile's sales in the southwestern city of Chongqing, was levied over violations of China's anti-monopoly laws.

Changan Ford "set a minimum resale price" since 2013 for vehicles sold in Chongqing that "deprived dealers of pricing autonomy... and damaged fair competition and legitimate interests of consumers", the State Administration for Market Regulation said in a statement.

Over the weekend Chinese authorities also targeted US courier and logistics firm FedEx, with state media announcing an investigation into the company over misdelivered packages.

FedEx had earlier apologised for misrouteing some parcels of Chinese telecom giant Huawei -- which was added to the US commerce department blacklist last month, cutting it off from American-made components it needs for its products.

Beijing fired back on Friday, announcing its own list of "unreliable entities" that break their commercial contracts and stop supplying Chinese firms.

A Chinese expert writing in state media Saturday said the new list will function like the US entity list and ban Chinese companies from selling or cooperating with listed firms.

Analysts expect US firms to be among the first added to the list, which Beijing has pledged to release soon.

Ford's China joint venture is a 50-50 split between the US auto giant and state-owned Changan Automobile Group. It makes Ford passenger vehicles for the domestic market.

"Changan Ford respects the decision taken by the State Administration for Market Regulation," said a Ford spokesman, adding it has taken "corrective action in its regional sales management together with its dealers".

The anti-monopoly fine adds to Ford's mounting problems in China. In recent months, it has laid off workers as its China sales have plummeted.

And it is not the only automaker to suffer a sales slump in China.

After years of strong growth, the world's largest auto market saw its first slowdown last year, with car sales declining for the first time since the 1990s, hit by a slowing economy, US trade tensions, and a Chinese crackdown on shady credit practices that have crimped car-financing channels.

Sales dipped 2.8 percent in 2018 to 28.1 million units, according to the China Association of Automobile Manufacturers (CAAM), a pace that has accelerated in recent months.