Chris Christie goes down in flames spinning Trump's UK trip: Give him credit for 'sitting with the queen' 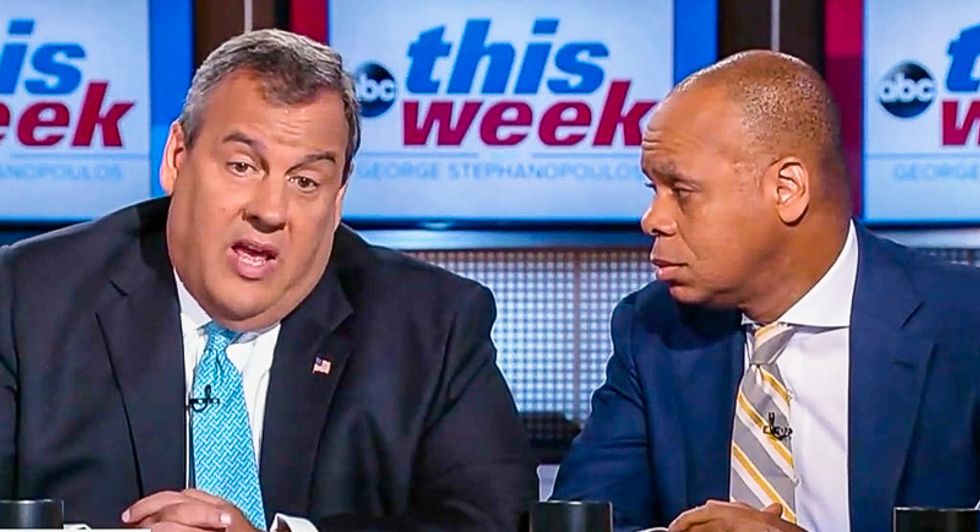 Former New Jersey Gov. Chris Christie (R) insisted on Sunday that President Donald Trump should get credit for "sitting with the Queen and standing on Normandy" during his recent trip overseas.

"A win is a win," Christie told a panel of guests on ABC's This Week program. "The fact is that he was on the world stage on the 75th anniversary of Normandy, gave a very good speech in Normandy."

"I think in regard to that anniversary, [Trump] had a really good visit with the royal family," he continued, insisting that Trump and Queen Elizabeth "seemed to get along really well."

"And that's the reports I'm getting from inside as well that they really did get along in a way that was very positive," Christie said.

Patrick Gaspard, president of the Open Societies Foundation, pointed out that Trump had attacked former U.S. service people like Robert Mueller while he was at Normandy.