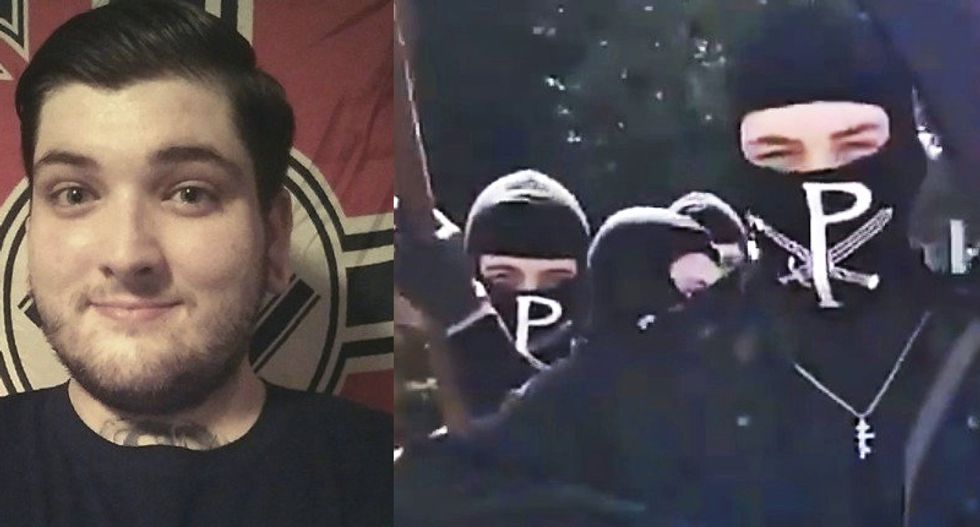 Colton Williams, the "self identefied leader of the Legion of St. Ambrose (Photo: Facebook and screen capture)

A self-styled Christian "militia" that calls itself the Legion of St. Ambrose was buried in ridicule over the weekend after it posted a video of its members dressed all in black in an effort to intimidate so-called "enemies of Christ."

In a tweet posted on June 9th, the Legion of St. Ambrose showed a video of its members carrying flags while dressed in ninja-like outfits.

"The cowardly, those who countersignal, do-nothings, traitors, the enemies of Christ, and the enemies of those who serve Him shall be dabbed on," the group wrote in a message accompanying the video.

Far from frightening its enemies, however, the Legion's video drew widespread ridicule, as several social media users mocked the groups costumes and compared them to live-action role players -- or "LARPers" -- who dress up and play games of Dungeons and Dragons out in the woods.

The group's manifesto calls for the abolition of "homosexuality, pedophilia, transgenderism, and any other unnatural sexual orientatons/acts" and also supports "a return to a patriarchal society, where the home and nation is upheld by traditional sex roles."

Check out some of the reactions to the Legion's video below.