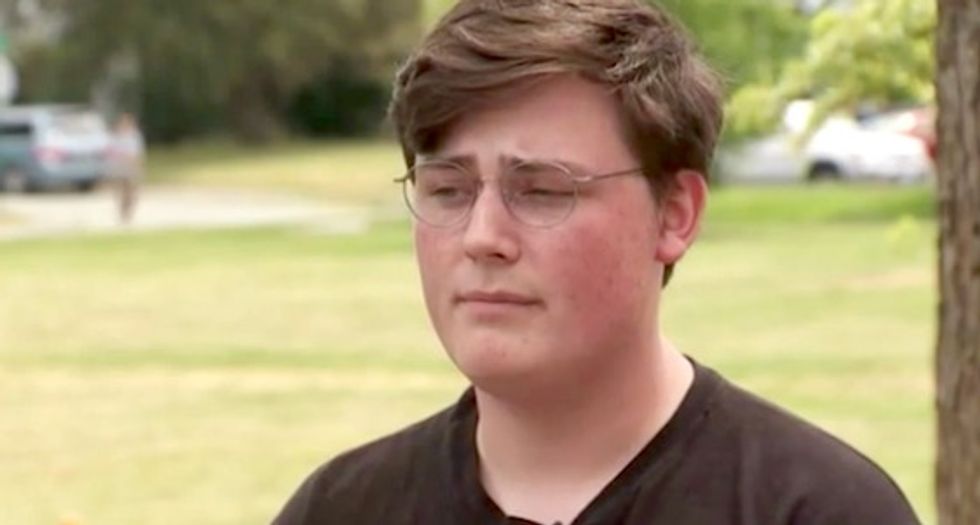 A Washington State 18-year old says the Christian summer camp he loves fired him as a counselor because he's gay.

Jace Taylor tells Q13 Fox that Firs Camps & Retreats told him, "we don't support homosexuality, and it's against the Bible."

Firs acknowledges the termination of Jace Taylor for his "sexuality."

"When it became evident in the application process that [Taylor] did not personally align with our statements of faith (in particular, one regarding sexuality) we determined we could not use him in this role," Firs Executive Director Tom Beaumont said in a statement, adding that Jace has worked at the camp before and is "well known and loved."

Calling it a "quandary," Beaumont says in "order to be consistent to our beliefs and our mission we felt compelled to pass on someone we truly liked."

“At first I wanted to bawl my eyes out because all of my life I’ve wanted to work as a Fir Creek camp counselor and make an impact in their lives like they did when I was younger,” Taylor said. “They made me feel loved, they made me feel accepted especially by God and Christ.”

“I am still in shock, this whole thing seems unreal," Taylor adds. "This can happen, I hear stories about it all over the world; never thought it could happen to me.”