Chuck Todd prattles that Dem debates are too liberal: 'Just how far left can Democrats go?' 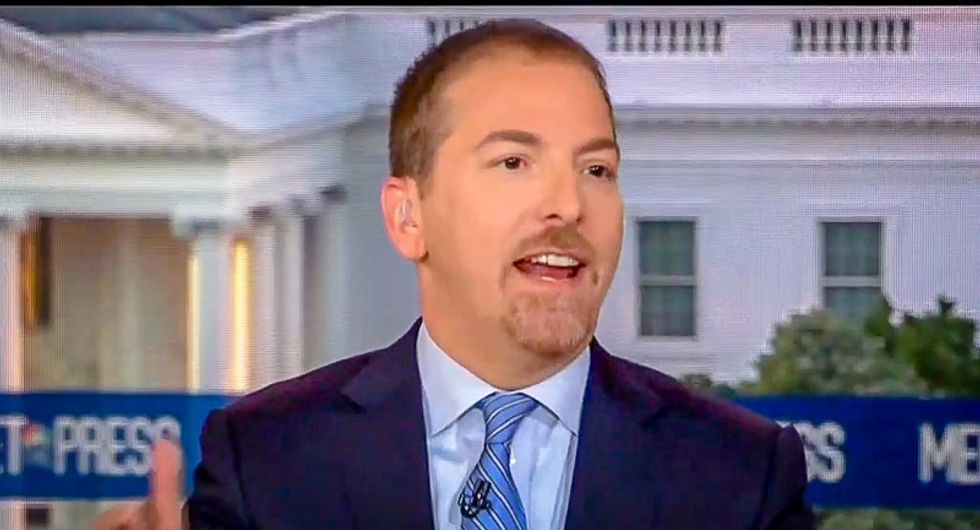 NBC host Chuck Todd suggested on Sunday that Democrats are abandoning their base by supporting "far left" policies like Medicare for All.

"Just how far left can Democrats go without damaging their chances in a general election?" Todd asked in a tease for an upcoming Meet the Press segment.

"Bigger picture here. David Brooks wrote something Friday that might ring true," Todd said before quoting Brooks: "The debates illustrate the dilemma for modern Democrats. If they take on Progressives, they get squashed by the intensity of the left. If not, the party moves so far left that it can’t win in the fall. Right now we have two parties trying to make moderates homeless."

"This annoys me to no end," Belcher remarked. "All respect to Brooks, we don’t need you, right? We don’t need you. We need to rebuild the Obama coalition."

"We need the candidate that can inspire those young people and rebuild the Obama coalition built on young people and expanding the electorate, not going back to the 1992 campaign again," he added.

Watch the videos below from NBC.