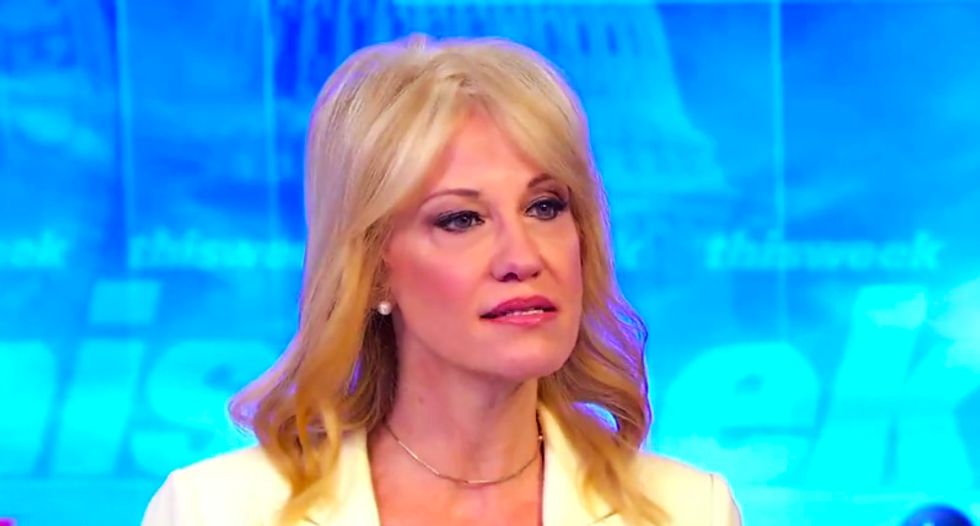 The Hatch Act prohibits federal employees from engaging in partisan attacks that can be construed as campaign-related. In June, the Office of Special Counsel (OSC), a government watchdog group, found that Trump advisor Kellyanne Conway violated the law by “disparaging Democratic presidential candidates while speaking in her official capacity during television interviews and on social media." They called on President Donald Trump to fire Conway.

“Ms. Conway’s violations, if left unpunished, would send a message to all federal employees that they need not abide by the Hatch Act’s restrictions. Her actions thus erode the principal foundation of our democratic system—the rule of law,” the OSC said in a statement.

In response to the report, the House Oversight Committee plans a vote Wednesday on whether to subpoena Conway for her alleged breach of federal protocol.

Trump himself has vowed to defy congressional oversight, and the White House has called the OSC report politically motivated.

On CNN Monday, legal analyst Jeffrey Toobin explained the significance of the law and why Congress should investigate whether Conway should be let go.

"It's a very old law that says government officials in the executive branch can't campaign," Toobin explained. He added that although praising the president is fine, more explicit partisan attacks on his opponents violate the Hatch Act.

"But the more explicit involvement in partisan politics is forbidden," Toobin explained.

He added that while it's not a criminal offense, there should be repercussions for breaking the rule. "The OSC can recommend someone be fired. That's what's been done," Toobin said.

Former White House chief of staff Mark Meadows is cooperating with the committee investigating the Jan. 6 riot at the U.S. Capitol, CNN reports.