CNN’s S.E. Cupp whines about Democrats not campaigning for Republican voters like herself 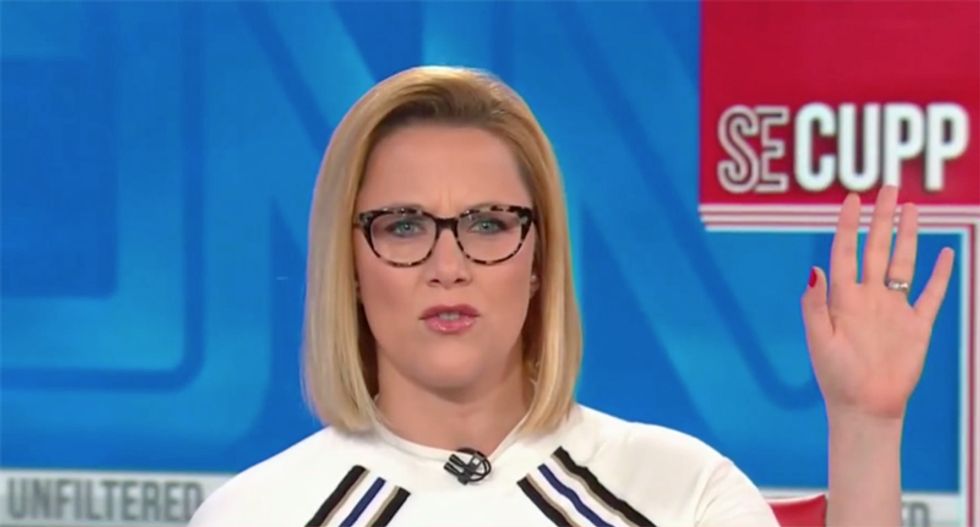 CNN's S.E. Cupp lashed out at Democratic presidential candidates on Saturday for campaigning for Democratic votes with progressive messages, instead of using right-wing policies to appeal to voters like herself.

During her opening rant, Cupp complained about the "bold proposals" coming from Democrats.

"Who stood up on that stage this week and attempted to reach any disaffected Trump voters?" she complained. "Moderates? Independents? I guess in the Democratic Party, those folks don’t matter. They’re not important, they don’t count."

Cupp assumed the majority of the population shares her Republican views.

"Here’s the deal, telling a majority of voters that they’re wrong has to be one of the dumbest strategies I’ve ever encountered," she claimed.

"In fact, the winner of both debates might have been Donald Trump," Cupp argued.