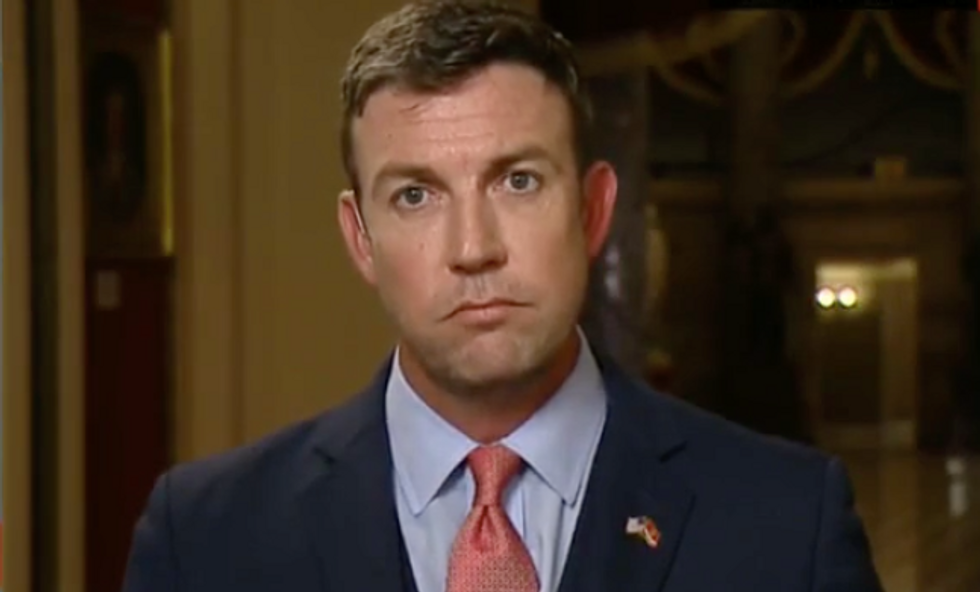 Conservative attorney Gabriel Malor, who in the past has written legal analyses for right-wing publications such as The Federalist and the Washington Examiner, found himself in awe at the latest Department of Justice filings leveled against indicted Rep. Duncan Hunter (R-CA).

In court filings made on Tuesday, the DOJ alleged that Hunter illegally used money donated to his congressional campaign to “carry out a series of intimate relationships” with women who were all involved in politics, including three registered lobbyists and one of his own staff members.

After reading the DOJ's allegations, Malor created a timeline of Hunter's actions, which he said demonstrated the congressman's "colossal stupidity."

In other words, according to the DOJ's telling of events, Hunter continued to use campaign cash to pay for expenses related to his affairs even after the Office of Congressional Ethics declared that he should be investigated.

"Rep. Hunter is alleged to have misused campaign funds for one of his affairs AFTER the ethics investigation began," Malor wrote. "What did he think was happening?"

He then turned to Hunter's attempts to blame his wife, Margaret Hunter, for any campaign cash that was illegally spent on personal expenses.

"Let's not mention the colossal stupidity of doing all this and then taking the first opportunity to blame it on his wife," Malor wrote. "Again, what did he think was going to happen next?"

To emphasize: Rep. Hunter is alleged to have misused campaign funds for one of his affairs AFTER the ethics investi… https://t.co/M4KUGw22gd
— Gabriel Malor (@Gabriel Malor)1561483200.0

And on top of the alleged affairs and blaming his wife, what could possibly be so bad DOJ thinks it could taint the… https://t.co/qMqq1hgXQ6
— Gabriel Malor (@Gabriel Malor)1561483550.0

Ohhh, other detail, whatever this "close personal friends" thing is it was apparently not about "intimate personal… https://t.co/SKlnwXeeKO
— Gabriel Malor (@Gabriel Malor)1561483801.0

All speculation, but that's one of the reasons the prosecutors are putting this stuff out now. Rep. Hunter has be… https://t.co/tjjRSdDZzn
— Gabriel Malor (@Gabriel Malor)1561483907.0