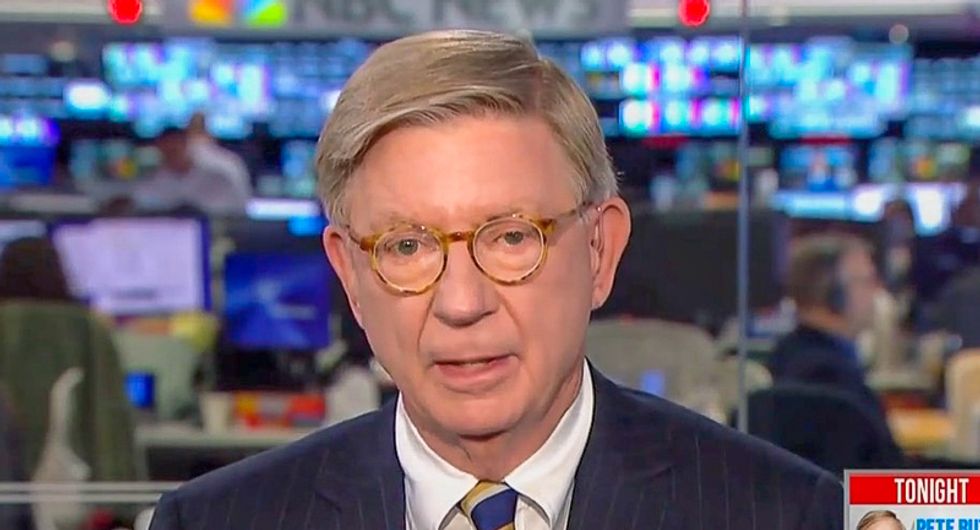 Conservative columnist George Will went on CNBC Wednesday to dig a grave for the Republican Party.

While talking about the rise of economic populism on both the left and right in the United States, Will lamented the decline of traditional conservative belief in the free market.

He also warned that the Republican Party and its embrace of President Donald Trump was doing massive damage and all but guaranteeing that young Americans would flock toward Democrats for years to come.

"Young people have made up their mind about the Republican Party, that it’s kind of the dumb party," he said. "These are the same young people who say they have warm feelings about socialism, but all they mean by that is that socialism means everyone being socialable and being nice to one another. They haven't thought it through."

Will then claimed that many young people, despite espousing favorable opinions of socialism, are nonetheless wary of the government -- but he doubted the GOP could do anything to capitalize on these feelings.

"The same people who are suspicious -- who like socialism -- are suspicious of government so, I think that they’re uninformed at this point," he said. "But the Republican Party is doing its very best to drive them away permanently."