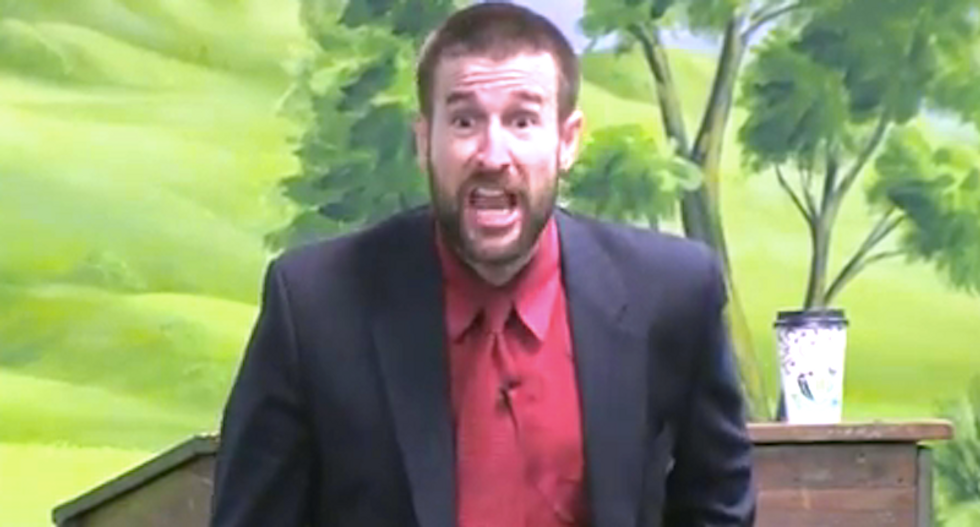 Steven Anderson, a far right wing pastor known for calling for the death of gay people will be one of several religious extremists holding a "Make America Straight Again" conference in Orlando on Friday.

Today marks the third anniversary of the Pulse massacre, where 49 people, mostly LGBTQ people of color, were gunned down in what has been called the largest hate crime in U.S. history. Many are expected to travel to Orlando this week, to commemorate the horrific attack and mourn the tragic loss of life.

As Friendly Atheist's Hemant Mehta reports, Anderson "celebrated the massacre as soon as it happened because there were '50 less pedophiles in this world.' He added that he’s 'not gonna sit here and cry about it and say it’s a tragedy, because it’s not.' He’s also said if he could push a button and kill every homosexual, he would 'push it until it breaks.'"

Anderson is just one of several "death to gays" pastors hosting the event.

There’s Roger Jimenez, who said the worst thing about the massacre was that the shooter “didn’t finish the job.” He also longed for the government to round up all the gay people, “put them up against a firing wall, put a firing squad in front of them, and blow their brains out.”

There’s Tommy McMurtry, who wishes we could go back to the time when society put gay people in their place: “six feet under.”

Anderson made headlines in 2014 when he told his congregation, "I actually discovered the cure for AIDS."

"And that, my friend, is the cure for AIDS," Anderson announced. "Because if you executed the homos like God recommends, you wouldn't have all this AIDS running rampant."

Last month Anderson became the first person to be banned by Ireland, making 30 countries that have refused to allow him to enter.