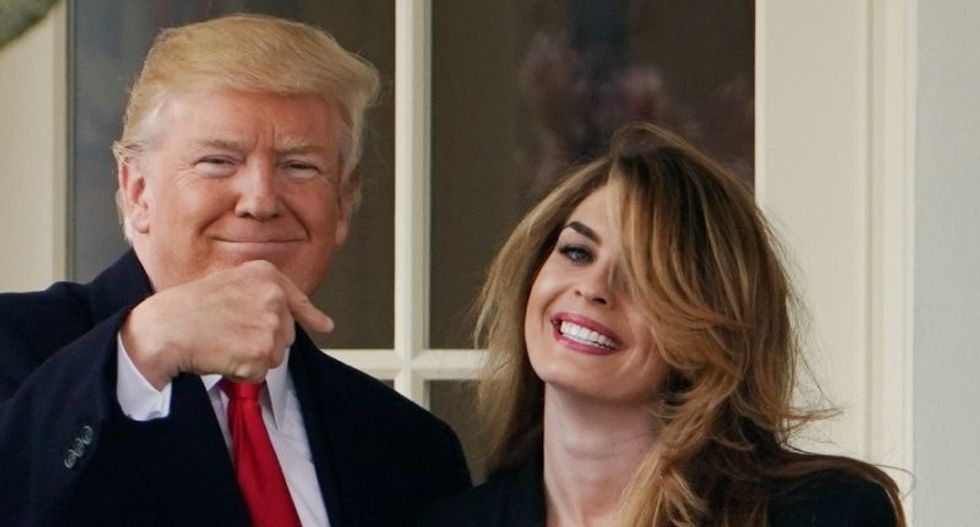 On Saturday, Rep. Ted Deutch (D-FL) gave MSNBC's Alex Witt a brief rundown of what he wants to learn from former White House Communications Director Hope Hicks at her closed-door testimony next week — and warned that if Hicks tries to use executive privilege as a shield, Democrats will not stand for it.

"Let's talk about Hope Hicks," said Witt. "What do you expect to hear from her that she has not already offered in testimony?"

"I have a whole series of questions that I think I'd like to ask and I look forward to having her answer, but they all get to really the fundamental question of what was happening inside the campaign and inside the White House?" said Deutch. "All of those things that were described in the Mueller report were a starting point that we get to ask about. Then the questions will go from there. It's that kind of background that's going to help inform the way this whole process goes forward."

"But a couple of things here, first of all, the testimony being behind closed doors, in addition to the fact you have a member of White House counsel who will be accompanying her," Witt pointed out. "How much do you really expect to find out?"

"Well, given the history of the administration throughout this investigation, I'm not kidding myself into believing that suddenly the administration is going to back down in their efforts to stonewall Congress and prevent the American people from getting the truth," said Deutch. "But if she tries to invoke executive privilege or to blame her inability to respond to questions because the administration has this blanket and unacceptable use of executive privilege, then we'll call her on it and we'll reserve all of the ways we have to press to make sure that we get those answers."

"We've seen throughout this entire process an unwillingness of the administration to cooperate," added Deutch. "The reason is becoming more and more apparent. We saw it in our hearing last week. We saw it in the president's flustering, his inability to explain why he simply refused to answer questions about obstruction of justice. And we know they turned over materials on this subject. When they turn them over, they can't rely on executive privilege. We're going to press to get the truth."