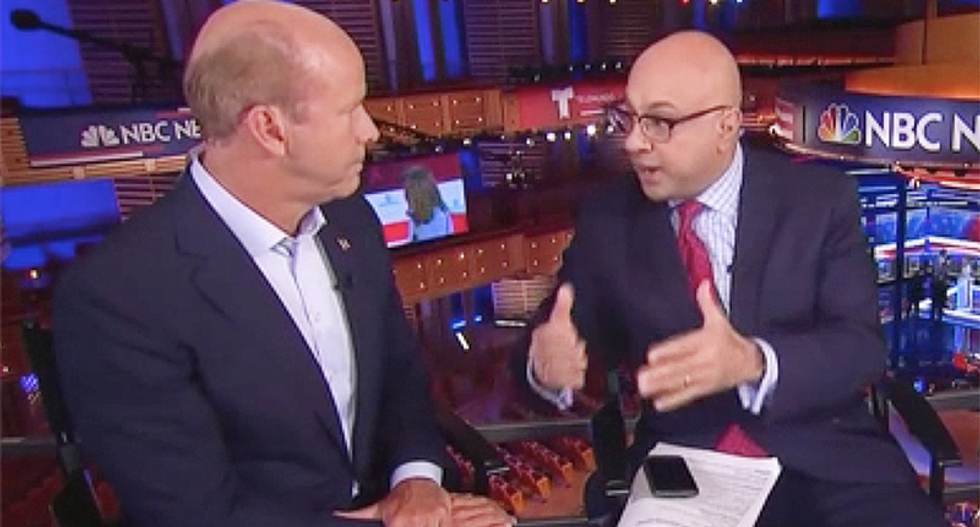 During the Democratic Debate Wednesday night, Delaney attacked fellow candidates for saying that they should end private insurance while delivering healthcare for every American through Medicare or Medicaid.

"If you go to most Americans healthcare is their number one issue, like our seniors, the gentleman from Kaiser talked about Medicare Advantage," Delaney said. "That is private insurance. Half of our seniors are selecting it. Imagine how we’re going to do in the 2020 election if we go out to the seniors in this country and say Medicare advantage which you’ve selected and obviously like and they are selecting it in huge numbers, it’s now illegal. None will vote for the Democrats, why would they? It’s the most important thing in their life."

Velshi said that as a Canadian he agrees that Sen. Bernie Sanders' plan is the one that most developed countries are using and it's the best version.

"A French hospital and a Swiss hospital do not get different rates based on the way in which a person is insured," said Velshi. "So your argument about rates is an interesting argument and Larry suggests its right, but the idea that you’re pinning that on weirdness on Bernie Sanders, I’m just telling you 54 other countries have it. Every other OECD country has some form of universality in which everybody’s rates are paid at the same level."

"Medicare for All is not an insurance system," Delaney said.

Delaney then devolved into a discussion about the differences between Medicare and Medicare Advantage and the chaos ensued.

Watch the heated debate below: