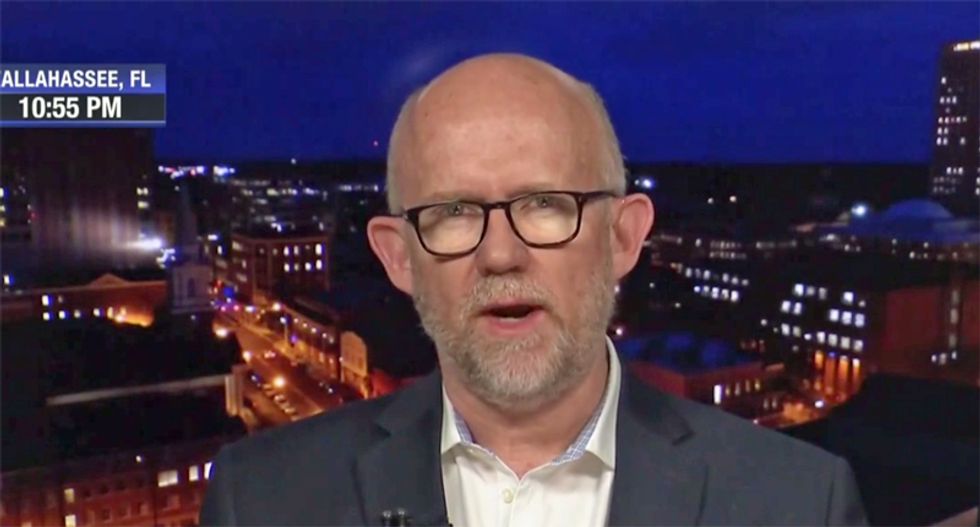 On Thursday, ahead of the second round of Democratic presidential debates, MSNBC contributor and GOP strategist Rick Wilson warned Democrats not to fogus too much on their policy proposals to the exclusion of President Donald Trump — because hatred of Trump is a massive driver of voter enthusiasm.

"The Democratic base in 2018 showed us one thing: they will crawl over broken glass to support people who vote against Donald Trump," said Wilson. "2020 is a referendum on Trump. That's what this election is. It's a referendum on Trump. You can either beat Trump or not. If you're the guy that gets on the stage and proves the Democratic base that you can kick Trump's ample backside, you're going to be in a much better position than if you have a 7,000 page policy document about, you know, whatever the most-woke set of proposals are."

"This is a race about Trump," said Wilson. "It is a referendum on Trump. It is not about the Democratic, you know, policy sweep. It is about whether you can beat Donald Trump. The person that can show that onstage, I think, is going to be at a serious advantage in this race."