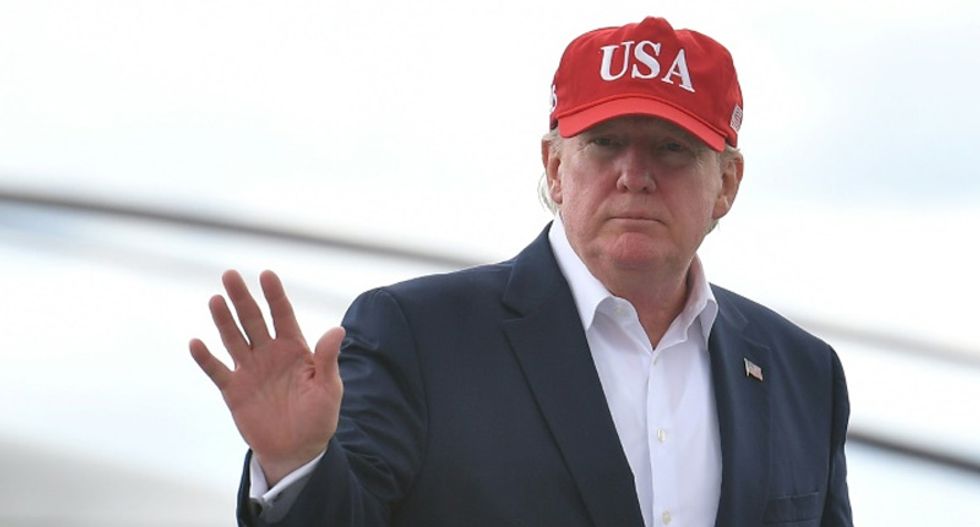 "In recent weeks, the campaign has made several hires to court these voters and placed targeted ads in Florida. Meanwhile, Trump conducted his first presidential interview with Spanish-language media giant Univision, and Vice President Pence flew to Miami on Tuesday to officially launch the 'Latinos for Trump' coalition," the newspaper reported.

Longtime Trump friend Chris Ruddy said Trump is taking the action because he "owns" his base.

“It’s absolutely critical to his reelection to win over some Hispanic voters, and he can do it by being a little more open on some of these immigration issues. He doesn’t need a majority. He just needs to move the needle,” Ruddy said. “He has too many people around him telling him to stick to the base when he owns the base.”

There are, however, the problems with Trump's history, rhetoric and record.

"But Trump faces an enormous challenge given his fraught relationship with the Latino community that began when he launched his campaign in 2015 by disparaging Mexican immigrants and continues through his frequent warnings about the dangers posed by Central American migrants trying to enter the United States across the southern border," The Post reminded. "For many of the president’s opponents, the outreach efforts are viewed as a cruel joke amid the backdrop of the humanitarian crisis at the U.S.-Mexico border, his harsh attacks on immigrants and threats of deportation."