Don Jr. swears he has 'nothing to correct' about his previous Trump Tower testimony 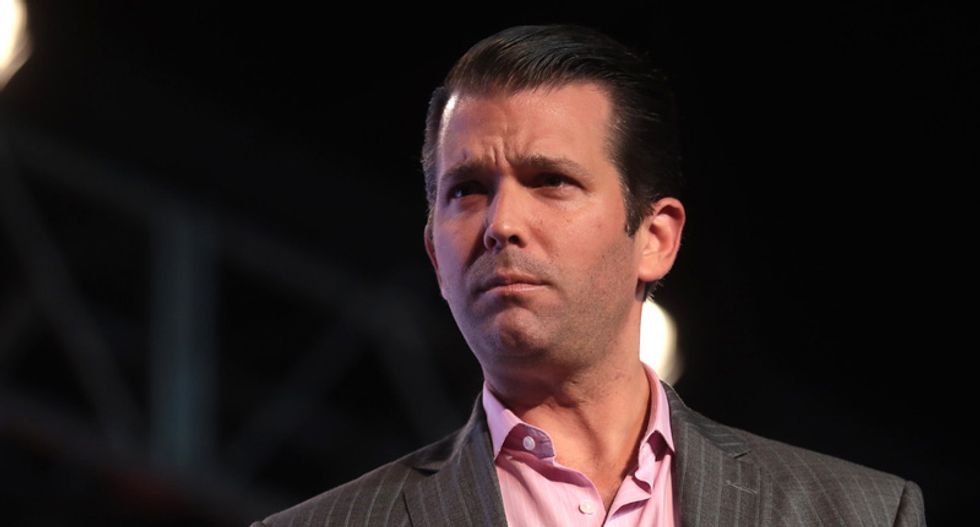 On Wednesday, while arriving at the Capitol for a second round of questioning before the Senate, Donald Trump Jr. told reporters that he has "nothing to correct" about his testimony:

Donald Jr. has faced questions in recent months surrounding his sworn testimony to the Senate in 2017 that he was only "peripherally aware" of the proposal to build a Trump Tower in Moscow ahead of the 2016 presidential election. Subsequent evidence has suggested he was in fact closely involved in the project, potentially opening him up to accusations of perjury.

In light of the discrepancy, Senate Intelligence Committee chairman Richard Burr (R-NC) subpoenaed Donald Jr. to return and explain himself, over howls of outrage from many in his own party.